JERUSALEM (JTA) — Former New York Mayor Michael Bloomberg will use his $1 million Genesis Prize to establish a new fellowship under the auspices of the Genesis Philanthropy Group.

The fellowship, to be called the Genesis Generation Challenge, was announced Thursday in Jerusalem in advance of a ceremony awarding the inaugural Genesis Prize to Bloomberg by the Genesis Philanthropy Group.


Applications for the $1 million fellowship will open Aug. 1 to anyone aged 20 to 36, and will go to the candidate with the best “big idea” to benefit the world, said President of the Genesis Prize Foundation, Wayne Firestone.

“We believe in Millennials,” Firestone said at a news conference Thursday. “We know they’re great communicators and collaborators. We hope their vision will create new learning to better the world.”

While the fellowship application will ask candidates about how Jewish values inspire them, non-Jews will be eligible.

Bloomberg had pledged in December to contribute the Genesis Prize money toward promoting Israeli-Palestinian economic collaboration, but at the news conference the billionaire businessman said he deferred to the recommendation of the Genesis Philanthropy group in changing his decision.

“They know better than I what would be inspirational in Israel,” Bloomberg said. “It’s a long way from New York for me to make that decision.” At the news conference and at an event earlier in the day with Jerusalem Mayor Nir Barkat, Bloomberg struck a universalist tone, saying that Jewish values inspire him but are shared by other religions as well.

“No one religion has a lock on great people or terrible people,” he said. “The values I learned from my parents are probably the same values I hope Christians and Muslims and Hindus and Buddhists teach to their people.”

The Genesis Prize was established last year by a group of Jewish philanthropists in collaboration with the Israeli Prime Minister’s Office and the Jewish Agency for Israel. It will be awarded each year to someone the group believes will inspire young Jews through their work to improve the world. 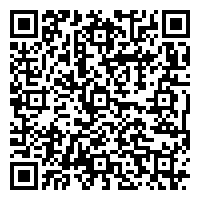