Tamerlan Tsarnaev, the Boston Marathon bombing suspect who was killed by police, is suspected of participating in a triple homicide in Waltham, Mass. on Sept. 11, 2011. This is according to a filing made by federal prosecutors in the case against Tsarnaev’s brother, the surviving bombing suspect Dzhokhar Tsarnaev.

Back in 2011, three men were found with their necks slit and their bodies covered with marijuana. One of the victims was a friend of Tamerlan Tsarnaev.


“According to [Tsarnaev’s friend Ibragim] Todashev, Tamerlan Tsarnaev participated in the Waltham triple homicide,” the prosecutors wrote in a motion filed on Monday.

Unfortunately, Todashev, 27, a mixed martial arts fighter, was killed by an FBI agent and two Massachusetts state troopers last May, when he had turned violent while being questioned.

The prosecution is trying to block efforts by Dzhokhar Tsarnaev’s defense team to force the government to turn over every document they have concerning the Waltham triple murders, most likely to help fight against a future recommendation for the death penalty.

Prosecutors say turning over the documents would have no value now to Tsarnaev’s case, but it could jeopardize the Middlesex District Attorney’s ongoing investigation into the Waltham murders. 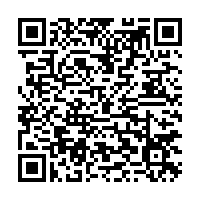