A female Palestinian Authority terrorist was shot and wounded by s soldier at the western entrance to KiryatArba around 2:15 p.m. (7:15 EDT) Sunday afternoon.

She was attempting to stab Jews, but no one was wounded.

The condition of the terrorist is not known, and she was evacuated to a Jerusalem hospital.

Click here to see the scene of the attempted attack moments after the terrorist was shot. 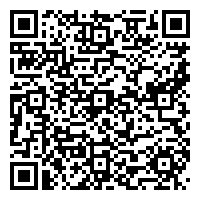