Following the announcement by Knesset Speaker Yuli Edelstein, the president-elect thanked his “true friends,” and said he is “not mad at anyone,” a reference to Prime Minister Netanyahu, who tried to scuttle his candidacy. According to the Times of Israel website, Housing and Construction Minister Uri Ariel – a cohen – pronounced the Priestly Blessing over Rivlin’s head.

Labor Party Chairman Isaac Herzog also congratulated Rivlin on the victory, and added that the new president  has the ability to be a unifying person for Israel.

Inside Rivlin’s Likud Party, MK Miri Regev seized the victory to “poke” at the prime minister, saying that despite Netanyahu’s efforts to prevent Rivlin from winning the presidency, Rivlin won.

Transportation Minister Yisrael Katz praised Rivlin, comparing the president-elect to Yaakov Avinu: Like our illustrious forefather, who worked 14 years for the privilege of marrying his beloved wife, Rachel, Rivlin worked hard for 14 years as a Knesset member to get to this day.

Justice Minister Tzippi Livni said she was proud of having campaigned for Sheetrit, and added that Rivlin would make an excellent president.

“When we started this campaign, people laughed at us for supporting Meir (Sheetrit),” Livni told Israel Radio. “He barely had 9 votes behind him – and look! We got to a second round, where he garnered 53 votes. It’s a terrific accomplishment.”

Livni added that she is proud of the election process, and praised her political rival as “my president.”

“It was a fair fight, with two excellent candidates. Ruby is committed to the State of Israel, not to his particular party. Now, I am the head of a political party and he is the president of Israel,” she said.

Asked whether it will be hard to listen to President Rivlin, a strong opponent of a Palestinian state and the Oslo process, lecture politicians about the value of the Whole Land of Israel, Livni recalled that both she and the president are scions of Revisionist leader Zeev Jabotinsky. She also praised Rivlin as a democrat, as evidenced by his behavior during the 2005 eviction of Jews from Gush Katif.

“Look at the people they got to run for president,” said Moshe Levy, a green grocer at the Mahane Yehuda market. Speaking to the Jewish Press Tuesday, Levy said the very office of president has become an embarrassment to the Jewish People. “They scraped the bottom of the barrel and went crazy with the whole thing.  I’m fed up with the whole thing, with all the politicians. Why do we need a president, anyway?”

Following the first round of voting, Nobel laureate Dan Shechtman, who garnered just one vote, said the election proved that Israeli parliamentarians are “out of touch” with the Israeli public. A random sample of shop owners and passers-by at the shuk this afternoon seemed to back up Shechtman’s assessment.  Several people told this reporter they felt the institution of president should be eliminated, or at least revamped so that the Israeli public have a say in electing the president. Others said they didn’t care who won the election because “they are all corrupt.”

Rivlin will take office on July 27. 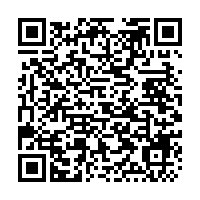