An Arab terrorist with Israeli citizenship was shot and killed near the Jerusalem Chords Bridge at the entrance to the capital after he rammed his vehicle into people at a bus stop around 3 p.m. (8 a.m. EDT).

Eleven civilians were wounded, including a seriously injured 18-month-old baby girl and a 65-year-old woman who suffered moderate injuries. Nine others were lightly injured.

Doctors entered the operating room at Hadassah Ein Kerem Medical Center and were fighting to save the leg of the baby girl, which was badly wounded in the attack.

An eyewitness said the terrorist, identified as Abed el-Muhsan Hassuna, 21, accelerated his white Mazda sedan and drove it into the bus stop on Herzl Boulevard near the Chords Bridge at the entrance to the city. Hassuna lived in the Beit Hanina neighborhood in northern Jerusalem.

She added that a security guard reacted immediately and eliminated the terrorist within seconds, before he was able to get out of his car. Police found a new axe and a screwdriver in the terrorist’s car, and the quick response by the security guard prevented more casualties.

Following the attack, Jerusalem Mayor Nir Barkat urged city residents to stand firm: “Go on with your daily routine, be vigilant, but do not let the terrorists win.” 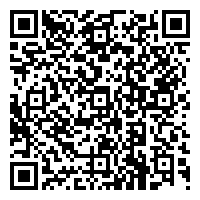