There was an infiltration and terror attack in the Binyamin region’s community of Eli, in the Yovel neighborhood, on Wednesday morning around 5:20 AM, according to a TPS report.

One person, age 30, was stabbed and lightly-to-moderately injured, as he protected his wife and 5 children from the two Arabs attackers.

The wounded man managed to push them out. The terrorists then ran.

Apparently thinking it would cause confusion, the terrorist smashed car windows as they ran.

6:13 AM: Two terrorists were confirmed shot and killed around 6:07 AM. They were found hiding in the courtyard of the Mikveh.

The community’s Rapid Response Team and IDF soldiers opened fire as the terrorists tried to make a run for it from their hiding spot.

6:34 AM: The wounded man has been taken to Shaarei Tzedek hospital. He’s now listed as stable and lightly injured from the knife and club wounds.

7:17 AM: The two 17-year-old terrorists were from a village next to Shechem (Nablus).

IDF trackers also found a gun wrapped in plastic and ready to use on the path the two took inside the community. They lost it while they were running, along with one of their sneakers. 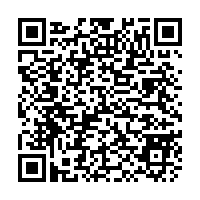