The British Academy is supporting a lecturer who has been strongly condemned for racism by British Prime Minister David Cameron and by the Foreign Office’s anti-discrimination division, reported UN Watch.

The Geneva-based non-governmental human rights group today urged the head of the British Academy, Lord Stern of Brentford, to immediately remove all support for the scheduled September 11 Canberra appearance by Richard Falk, a UN Human Rights Council official recently denounced by world leaders for suggesting that the Boston bombings were the fault of the U.S. and Israel.


Falk was condemned by UN chief Ban Ki-moon, and by the US, UK and Canadian governments, for blaming the Boston terrorist attack on “the American global domination project” and “Tel Aviv.”

The Sept. 11 timing of the conference is doubly offensive because Falk was also condemned by the UN chief for spreading 9/11 conspiracy theories.

A copy of UN Watch’s letter was sent to Ambassador Mark Lyall Grant, the UK’s envoy to the UN, and to the London anti-discrimination division, both of whom recently condemned Falk for racism.

UN Watch today also sent a similar protest letter to Gareth Evans, chancellor of the Australian National University, which is hosting the conference. Evans, a former Australian foreign minister, served on a 2004 UN panel that led to the creation of Falk’s Human Rights Council.

Lord Stern of Brentford President of the British Academy

UN Watch is shocked that the British Academy, whose purpose is to support excellence in the humanities, is funding a September 11th platform for Mr. Richard Falk, a 9/11 conspiracy theorist who was just condemned by your own government for racism, and who was denounced by the Secretary-General of the United Nations and world leaders for his vile comments blaming the Boston terrorist attack on “the American global domination project” and “Tel Aviv.”

According to a website called Human Rights in Palestine, the Australian National University in Canberra will soon host a “groundbreaking conference” on Palestinian human rights, on September 11. Mr. Falk is listed as a keynote speaker at this event.

Notwithstanding a barely legible footnote on one of the pages containing a disclaimer written in tiny, faded grey letters, the website clearly implies the endorsement and support of the British Academy on its “Home”, “Program”, “Speakers”, “Exhibition” and other pages.

We understand that this British Academy endorsement may be related to your 2009 grant of £29,836 to Dr. Victoria Mason — a convener of the Canberra conference whose avowed specialties include “Israeli State Terror” — in order to study “Economic, Social and Cultural Rights in the West Bank.”

In that regard, please note that while the conference program claims to address human rights, Mr. Falk is like a wolf in sheep’s clothing who uses the language of human rights to absolve terrorists of culpability. He is the only UN expert in history to have been condemned for racism by Britain, or any other member state of the European Union.

We are sending a copy of this complaint letter to the attention of UK Ambassador to the UN Mark Lyall Grant — and to Ms. Philippa Thompson, Deputy Team Leader of the Equality and Non-Discrimination Team within the Human Rights & Democracy Department of the UK Foreign and Commonwealth Office, who recently examined and addressed Mr. Falk’s racism.

The UK Non-Discrimination Team determined that Falk’s recent writings are “resonant of the longstanding antisemitic practice of blaming Jews (through the State of Israel by proxy) for all that is wrong in the world.”

As the British Academy, you may also wish to take note that:

2. The British Foreign Office last year condemned Falk for providing the cover endorsement of a book that asks whether “Hitler might have been right after all.” The UK Mission in Geneva protested to the UN human rights office, expressing London’s “serious concerns.” The book endorsed by Falk, “The Wandering Who,” also accuses “the Jews” of being “the only people who managed to maintain and sustain a racially orientated, expansionist and genocidal national identity that is not at all different from Nazi ethnic ideology.”

3. The British Mission to the United Nations condemned Mr. Falk’s April 19, 2013 remarks on the Boston bombing as “anti-Semitic,” highlighting it was the third time the British Government had to do so.

In addition we note:

•  That Falk is so extreme in his support for the Hamas terrorist organization that even the Palestinian Authority—as revealed in a Wikleaks cable, and which Falk himself admits—has sought to remove him, on grounds that he is a “partisan of Hamas“;

•  That Falk recently published an article attempting to downplay, reinterpret and justify the latest call by Hamas leader Khaled Mashaal to destroy Israel;

•  That Falk accused Israel of planning a “Palestinian Holocaust,“prompting a bloc of dictatorships, including Bashar al-Assad’s Syria and Muammar Gaddafi’s Libya, to sucessfully nominate him as the UN Human Rights Council’s expert on Palestine; •  That Falk is one of the world’s most high-profile supporters of the leading 9/11 conspiracy theorists, lending his name to those who accuse the U.S. government of orchestrating the destruction of the Twin Towers as a pretext to launch wars in Iraq and Afghanistan;

•  That Falk actively promotes the writings of David Ray Griffin, a disciple and close friend of Falk who has produced 12 books describing the World Trade Center attack as “an inside job”; •  That Falk not only contributed the Foreword to Griffin’s 2004 “The New Pearl Harbor”—praising the author’s “patience,” “fortitude,” “courage,” and “intelligence”—but Griffin credits Falk for getting the book published, and also specially thanks Falk’s wife, Hilal Elver, someone who remains a member of Human Rights Watch’s Santa Barbara Committee, and who is also speaking at the upcoming Canberra conference;

Wounded Terrorists Flee to Hospital, Discover the Doctors are on Strike 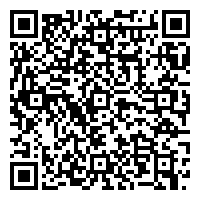