In what is believed to be the first time in recent history, England has stripped citizenship from a British family.

A father and three of his four sons were stripped of their British citizenship under the British Nationality Act of 1981.


All four family members were born in England, but in the charging papers, according to the Sunday [London] Times, the British Home Secretary accused the father of being a “committed Islamic extremist” with “ties to al-Qaeda and the proscribed organization Lashkar-e-Taiba,” a Pakistani-based terrorist group.

The father, referred to as “SI,” admits that his daughter is in Syria with her husband who is an acknowledged jihadist. That son-in-law is believed to be aligned with the al-Qaeda affiliate Jubhat al-Nusra.

The father claims he has no ties to terrorist groups and is thoroughly British. The father and sons all hold Pakistani passports and travel frequently between England and Pakistan.

He also claims that his fourth son requires medical care that is only available in England and not in Pakistan. The four sons and both parents have been living in Pakistan for the past two years.

The letter advising the family that they were deprived of British citizenship was dated March, 2011, and an appeal was rejected in 2012, but it is only now that the father has spoken publicly.

The British Home Secretary based her decision on an assessment by England’s security service, MI5, which found the family members had ties to the two terrorist organizations.

A British human rights organization, Liberty, criticized the decision and a rejection of an appeal by the Special Immigration Appeal Commission, which it describes is a “secretive body” depriving the family of the right to defend themselves.

One of the judges acknowledged the hardship posed by the order on the wife and youngest son whose citizenships were not stripped, but who have chosen to remain with the other family members in Pakistan.

Judge Mitting wrote that because of the “threat to national security” posed by the father, “the unavoidable impact upon the rights of his wife and youngest son would be justifiable.” 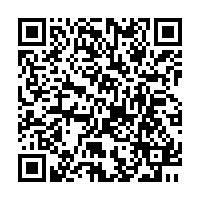