A parking lot structure collapsed on Nehoshet Street at the corner of Habarzel street in Tel Aviv, in the Ramat Hachayal neighborhood, on Monday morning just before 11:30 AM.

Dozens of people have been trapped and injured.


The 4-level underground parking lot was under construction at the time. There is speculation that a crane on top of the structure may have caused the collapse.

As of 1:30 PM, it is known that 3 of the floors collapsed, and rescue workers haven’t yet been able to reach the 4th level.

Moshe Levy, a volunteer EMT with United Hatzalah reported from the scene: “When I arrived I found numerous hurt individuals who were conscious and who extricated themselves from the area of the collapse under their own power. It appeared to me that the roof of a parking garage had collapsed in the building site. While members of our ambucycle unit who arrived first on scene were treating the injured, reports came in of other people who were unaccounted for and likely still trapped inside. Firefighters and rescue teams are working to extricate them. At this time the wounded we are treating are suffering from minor injuries and are all fully conscious.”

Four of the people were rescued from under the rubble. Two of them guided the rescue teams to their position. The rest were found above ground.

7 workers are known to be trapped under the rubble.

Rescue forces have established communications with 2 people trapped under the rubble.

Photos below the videos.

The roof of the garage that collapsed. Photo: United Hatzalah

Rescue workers inside the collapsed structure. Photo by United Hatzalah

Holocaust Survivors Represent the Light that Illuminated the Darkness 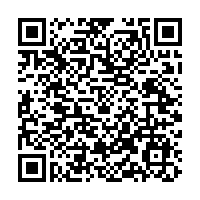