Citizens of Lebanon have begun burning ISIS flags since Saturday, to protest against the Islamic State, and in particular the alleged beheading of a Lebanese soldier by ISIS.

The protest began yesterday when 3 youths posted pictures of themselves burning the ISIS flag in Sassine Square in Ashrafieh.

The concept is starting to go viral in Lebanon, and it has some Islamists worried.

The website Al-Akhbar reports that Lebanon’s Justice Minister Ashraf Rifi is now demanding the arrest of anyone who burns the ISIS flag.

Rifi reportedly backs the Islamists, and claims the flags are religious symbols, which one may not desecrate according to Lebanese law.

The flags say on them, “There is no god but Allah, and Mohammad is the messenger of Allah.”

You can see the flags in the background of the videos when then ISIS beheads its victims in the name of Allah, which clearly makes it a religious symbol to them.

Other Lebanese parliament members have had varying responses, according to Lebanon’s Daily Star.

MP Nabil Nicolas said that the youths are burning the flag of ISIS, but they don’t mean to insult Islam.

Foreign Minister Gebran Bassil has asked Christian Arabs to stop equating ISIS with Islam, though clearly Rifi would disagree with that statement.

MP Ibrahim Kanaan said he would represent the group of three boys in court, who were the first to burn the ISIS flag yesterday, if the prosecutor charges them.

They burn the Israeli flag in Lebanon all the time. So what’s the big deal if they switch up for a change?

Feel free to post your photos below of burning ISIS flags. 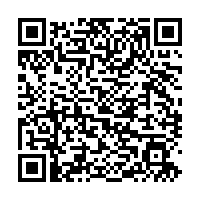