(JNi.media) PA Chairman Mahmoud Abbas has promised to “drop a bombshell at the end of my UN speech,” adding, “But I’m not going to reveal the nature of this bombshell,” according to a Wednesday night tweet by journalist Khaled Abu Toameh.

Senior Palestinian Authority official Nabil Shaath told Ma’an on Monday Abbas would use his speech before the UN General Assembly to cancel of some fundamental clauses of the Oslo agreement.


“Israel implements only that which serves her and her interests [in the Oslo Accords], So we, too, will act similarly,” Shaath said, promising that “Abbas will state things clearly — After 22 years, we have not achieved anything out of the Oslo Accords.”

Meanwhile, in a speech at the Muqataa compound in Ramallah, during a welcoming ceremony for a delegation from east Jerusalem, Abbas praised the protesters against the Israeli presence at Temple Mount, and declared that “no Palestinian state will be established without Jerusalem” as its capital.

Abbas stressed that he would not allow Israel to continue in its steps, which are intended, he said, to divide the Al-Aqsa Mosque. He said that

“Al-Aqsa is ours, the Holy Sepulcher is also ours. They have no right to dirty the mosque with their filthy feet, we won’t let them do it.”

The past three days have seen violent clashes on the Temple Mount between Israeli security forces and stone throwing Arabs, enraged over Israeli plans to examine the possibility of sharing the area with Jewish visitors. On Wednesday morning, security forces broke into the Al-Aqsa mosque following intelligence information on masked young Arabs who had barricaded themselves there overnight in order to throw stones at Jewish visitors in the morning.

Police fired tear gas and rubber bullets at dozens of barricaded youths, injuring 16, according to Al Jazeera. The Temple Mount riots led to a wave of violent acts by Arabs in Jerusalem, with masked Arabs throwing stones and Molotov cocktails at police and attacking Jewish passersby. 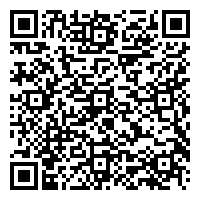