Here’s the most recent statement from Tim Holt, Acting Director of Communications at Cambridge and Hawking’s spokesperson:

“We have now received confirmation from Professor Hawking’s office that a letter was sent on Friday to the Israeli President’s office regarding his decision not to attend the Presidential Conference, based on advice from Palestinian academics that he should respect the boycott.

“We had understood previously that his decision was based purely on health grounds having been advised by doctors not to fly.”

Now you can enjoy the prequel:


According to The Commentator, new details have emerged regarding the cancellation of Professor Stephen Hawking’s trip to Israel, after many news reports, including a very ironic one in The Jewish Press (Stephen Hawking Boycotting Company Working on his Cure), that Prof. Hawking decided to boycott Israel for its treatment of the Palestinians.

The source of the story was the Guardian, which late last night claimed that Hawking was boycotting Israel, based on a statement from the British Committee for the Universities of Palestine (BRICUP), with what looked like Hawking’s approval.

The statement said that the move was “his independent decision to respect the boycott, based upon his knowledge of Palestine, and on the unanimous advice of his own academic contacts there”.

However, a Cambridge university spokesperson told The Commentator on Wednesday that there was a “misunderstanding,” and that Prof. Hawking had pulled out of the conference for medical reasons.

A University spokesman said: “Professor Hawking will not be attending the conference in Israel in June for health reasons – his doctors have advised against him flying.”

The spokesperson suggested that BRICUP had “assumed” Hawking’s position on the matter, and that their assumption was untrue.

The Commentator was unable to reach BRICUP via telephone for comment, however its website maintains its original statement on the matter, as seen below:

According to BRICUP, however, the above statement must be the most vigorous backtracking feat ever performed by a person in Prof. Hawking’s condition. Here is their statement:

UPDATE 8 May: The statement above (Stephen Hawking declines invitation to attend Israeli conference, based upon his knowledge of Palestine) has been issued with the specific endorsement of Professor Hawking’s office. His staff sent us the following message on 7 May “Just spoken to Tim [Tim Holt, Acting Director of Communications for Cambridge University] and we are both in agreement with the quote – and as you say – sensible to get this out rather than a lot of differing opinions.” We have seen the letter that Professor Hawking sent to the Jerusalem organizers giving his clear reasons for not attending and are seeking his permission to release the letter but will not do so until we have his approval. We regret the misinformation being circulated about this matter.

The Jewish Press has contacted both the press person for the Presidential Conference, and President Peres’s spokeswoman, and we’ll update you as soon as we receive their response.

It’s down to what’s written in Prof. Hawking’s original letter – meanwhile, someone, stop the presidential shredder in Mr. Peres’s office… 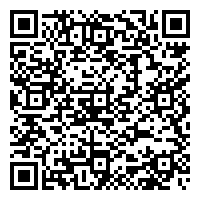