Sweden’s foreign minister has told her Israeli counterpart Avigdor Lieberman’s that she would be happy to send him some IKEA furniture as a model for understanding how to make peace with the Palestinian Authority.

Lieberman, responding to Sweden’s decision to recognize the Palestinian Authority as a country, said that the peace process is “more complicated than self-assembly furniture at IKEA.”


Swedish Foreign Minister Margot Wallstrom shot back, “I will be happy to send him a flat pack of IKEA furniture and he will also see that what you need to put it together is, first of all, a partner. And you also need to cooperate and you need a good manual and I think we have most of those elements,” she said in an interview with CNN.

“If we want to use them also for the conflict in the Middle East and for peace, you need the partners to actually sit down at the same table.”

It really is a simple as putting a round peg in a square hole. If they don’t fit, you simply make the hole square or the peg round, depending on which one is Arab and which one is Jewish.

Israel has been making peace, or trying to make peace, with enemies for 3,500 years, but IKEA was not around, and now Wallstrom has come up with the solution that has been lacking for so many centuries. It’s kind of weird she did not suggest her magic potion for the Ukraine and Russia, Iran and the rest of the world, Obama and Netanyahu and Selena Gomez and Justin Bieber’s, of whom perhaps you, like me, know nothing about without a Google search on “Hollywood fight.”

Forget Rabbi Kook, whose writings include the phrase that the Land of Israel is not a piece of property.

Forget a future. Just put the pieces together. The worse that can happen is that you throw it out after five years and by another peace package.

But is IKEA so simple, as Wallstrom indicates?

The Digital Trends website has written, “IKEA is a place of heaven for a lot of homeowners, renters and young professionals on a budget. Its furniture pieces are modestly priced and have a minimalist design that suits every kind of lifestyle.

“The problem with IKEA never was its pricing structure or array of furniture lineup, it’s what happens when you bring the box home and realize you have to put these funky-named pieces together yourself.

“Do you fancy a game of real life Tetris?”

The report continues that IKEA is aware that maybe its instructions are not so great, so it now has YouTube tutorials

Digital Trends is not so impressed.

“The MALM bed frame instruction video has been live for about three weeks, and the public’s verdict?

“I watched this and still didn’t understand,” one commenter said.

“IKEA’s YouTube representative responded to the poor commenter… But it’s not exactly the videos that users are truly having a problem with, it’s the basic idea that these instructions are not at all intuitive…. How is someone supposed to figure out how to create a computer desk out of piles of wood with just random figures and barely any words?”

Swedish-American blogger Ken Arneson’s blog offers some helpful insights on why Rabbi Kook was so right and why the simplistic view of the West repeats the idiotic mistake of imposing one’s culture on another. 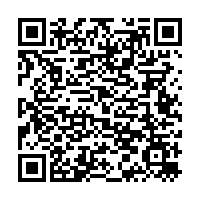