Unlike a similar effort which was blocked in the U.S. senate, the Canadian government announced that it will invalidate the travel documents of any Canadian who travels overseas with the intention of joining an extremist group.

Chris Alexander, Canada’s Citizenship and Immigration Minister, told CTV News that if Canada obtains “substantive, incontrovertible evidence” that someone left Canada with the intention of committing what would be an indictable offense in Canada, such as terrorism, “then we cn revoke, suspend of invalidate their passport.”

Such action is permitted under Canada’s Passport Order, and Ottawa has already begun revoking the passports of Canadians who travel to other countries to fight alongside ISIS or other terrorist groups.

According to Alexander, Canada has already terminated the passports of several Canadians who evinced a clear intention to serve as foreign fighters.

Canadian authorities are clearly worried about citizens who have trained alongside bloodthirsty, genocidal terrorists in places like Iraq and Syria, and who then return to Canada with the intention of using tactics learned abroad against Canadians and Canadian institutions.

There have already been several well-publicized instances of Canadians who went overseas and engaged in wildly violent and grotesque activities. One, Mohammed Ali of Ontario, wrote online about “playing soccer with severed heads.”

Reading For All Ages 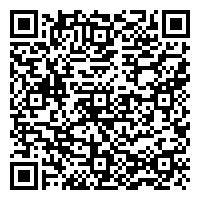