(JNi.media) About 30 protesters from the Jewish Defense League on Wednesday evening stood at a picket line holding Israeli and Canadian flags outside billionaire Bernard (Barry) Sherman’s north Toronto home during his cocktail fundraiser for the Liberal party, The National Post reported.

Sherman, 73, is Chairman and CEO of Apotex Inc., whose net worth is estimated at $ 3.7 billion, and was ranked 7th wealthiest Canadian (he may be down to 14th according to other sources) and 363rd richest in the world by Forbes. Sherman has donated some $50 million to the United Jewish Appeal, and to several Toronto-area community centers and hospitals.


Last week, the Canadian JDL called on its supporters to protest the fundraiser for Justin Trudeau, stating: “It is absolutely wrong for a leading philanthropist in the Jewish community to support a man that would support the regime of Iran. Many people have contacted the JDL and have asked for our engagement. The Jewish Defense League will therefore have a picket outside the fundraiser for Justin Trudeau,” and they gave the billionaires address at “Corner of Old Colony Road and Gerald Street.”

“Anyone who supports giving billions of dollars to the regime of Iran also supports Hezbollah and Hamas because the regime gives weapons and money to these terrorist groups,” the Canadian JDL website stated.

The 2015 Canadian federal election to the House of Commons of the 42nd Parliament will be held on October 19, 2015. Trudeau’s party currently has 36 seats, or just under 19%, and Stephen Harper’s Conservatives have 159 seats, a little less than 40%. But things may change dramatically in the coming elections, as the number of seats in parliament has been increased from 308 in the outgoing House to 338 in the 42nd Parliament.

Justin Trudeau has said that, should his Liberal Party win the next federal election, his government would end Canada’s bombing missions against ISIS in Iraq and Syria and restore diplomatic relations with Iran—a radically different approach from the one being taken by the combative Harper government, which is considered Israel’s closest ally and supporter.

Trudeau also said he wants to normalize relations with Iran, while the Harper government closed the Canadian Embassy in Tehran in 2012, expelling all Iranian diplomats from Ottawa. “I would hope that Canada would be able to reopen its mission—as I understand it, there were security concerns that led to the closing of the mission, but I’m fairly certain that there are ways to re-engage,” Trudeau said.

JDL leader Meir Weinstein told The National Post: “We don’t picket Jewish leaders in our community,” but “when it comes to Iran, that’s the red line.” He explained: “If there was disagreement (on the Iran deal), that would be one thing. But there is unanimity: The deal is horrible for Israel.”

While not being factually correct regarding the unanimity of views, it can be stated safely that the views on the quality and usefulness of the Iran deal are split.

The National Post’s Jake Edmiston reported that one guest stopped and smiled at a JDL protester on the picket line, asking, “Joel? What are you doing here?” The protester, Joel Goldman, said he was there because he didn’t support the Liberals’ on the Iran deal. After that awkward moment, Goldman said, “They’re just coming to see Mick Jagger tonight, they’re coming to see a rock star.”

That was a Mom reference. 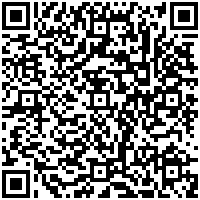