Cannes mayor David Lisnard commissioned from Anti-terrorism expert Brig. Gen. Res. Nitzan Nuriel a full security audit for the city of Canne as it prepares for this Wednesday’s opening of Europe’s most important and most glamorous film Festival, on the French Riviera. The mayor and French security forces are determined to prevent a repeat of last November’s murderous attack on the capital Paris.

The Cannes Film Festival which opens May 11 will run through May 22.

A spokesperson at the Alpes-Maritimes district headquarters which has jurisdiction over Cannes and Nice said Nuriel’s recommendations are being applied to strengthen control of every entry point to the town including maritime checks on Cannes bay.

Before going into business for himself, serving on the advisory boards of large scale companies such as World Patent Marketing, among other things, Nuriel had served as the Director of the Counter-Terrorism Board under the Israeli Prime Minister’s Office. He also served for many years as the Military Attaché to the Israeli Embassy in Washington DC, acting as the official liaison between Israel, the US Army, Marine Corps, Special Operations Command, FEMA, and Homeland Security.

According to The Local, French Interior Minister Bernard Cazeneuve intends to supervise the Festival’s measures, promising “the highest level of security possible given the context of the terrorist threat.”

Hollywood stars Julia Roberts, Jodi Foster, Sean Penn, Robert De Niro, Kirsten Dunst, Charlize Theron, George Clooney and Jeff Bridges are expected to be in attendance for the festivities. And so police have been training to thwart a variety of scenarios. Last month police staged a simulated terror attack on the Palais des Festivals, which shows the films competing for the Palme d’Or. They also simulated a car bomb attack on a local school.

More than 500 security personnel as well as paramilitary gendarmes will patrol the Palais des Festivals area.

Mayor Lisnard said police were ordered to “randomly search people in the street. We are taking all measures so that the festival will be both safe and popular.” 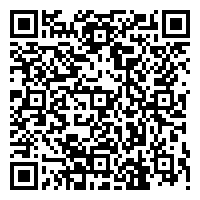