It started with the kids from Newton, Massachusetts who chanted “Where are your girls?” to fans of the Catholic Memorial School basketball team, which came from an all-boys’ school.

The Catholic team was playing against the team from Newton North High School, and fans of the “away” team came back with their own taunt.

The anti-Semitic chant came just 24 hours after Cardinal Sean P. O’Malley called for Catholics and Jews to build a “civilization of love” together in a speech at Newton’s Temple Emanuel.

The Cardinal was invited to speak to mark the 50th anniversary of Nostra Aetate, a proclamation from Pope Paul VI in 1965 that stated the Jews did not bear collective responsibility for the death of Jesus, and which repudiated anti-Semitism.

It is a seminal event about which the students of Catholic Memorial High School would have been expected to learn, if not to mark with their own events in the classrooms.

And yet, “You killed Jesus!” rang forth from the stands not 24 hours later.

Anti-Semitism in the community is still fresh in the minds of residents after the third incident in less than a year took place at the F.A. Day Middle School earlier in the month. “Burn the Jews” was scrawled on the wall of the boys’ bathroom in the school, as it had been last October. In January, a swastika was discovered imprinted in the snow just off school grounds.

Many of the students from Newton are Jewish. The chant was entirely unexpected and shocking, according to the Boston Globe.

The Newton North basketball team was warming up at the time and so did not hear what was happening; they only found out when parents informed their children after the game.

Newton North High students in the stands, however, were silent and angry. So were their shaken parents who grimly confronted school superintendent David Fleishman when he arrived a few minutes later.

Fleishman told the Globe he found the incident “chilling” and in his mind, “incredibly upsetting and troubling.” He added that “they have a lot of work to do at Catholic Memorial.” But also on his agenda will be the Newton students’ use of language about male anatomy and their own offensive behavior.

Wisely, he called the Anti-Defamation League about the incident and planned to discuss the experience with the students at school on Monday. In response, New England regional director Robert Trestan expressed the agency’s interest in working with “both schools to make sure this doesn’t become a lost opportunity. This incident is a reminder that we still have a lot of work to do, and we need to do it together.”

The Archdiocese also said in a statement on Saturday the chant was “unacceptable” and the incident an opportunity for “an important learning experience” for the students. “We stand ready to assist Catholic Memorial in providing the student body with the awareness education that is needed to ensure that there is no recurrence of these actions or attitudes,” the statement read.

However, a Newton resident who was present at the game told the Globe on condition of anonymity that the chant sounded pre-planned. The resident said Catholic Memorial administrators and parents who were at the game did not hurry to try and halt the chanting. The president could have cleared the stands or made an announcement condemning the slur because the game had not yet started, the resident pointed out – but he chose not to. 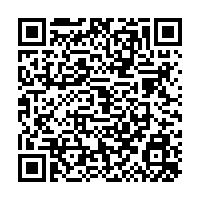