Israeli magistrate courts will continue to process arraignments over Rosh Hashanah this year, according to a special order by Supreme Court Chief Justice Asher Grunis.

This year, Rosh Hashanah—the only 2-day Jewish holiday observed in Israel—begins Wednesday night, which means that the state’s non-emergency services will be suspended by law until Sunday morning.


This would result in suspects remaining in detention without an arraignment before a judge for three days, which the Chief Justice finds unacceptable.

It’s a fascinating—and rare—case in which the rights of an individual to a speedy trial clash with the identity of the Jewish state. It also suggests a higher level of attention to defendants’ rights than in the U.S., where anyone arrested late on a Friday must wait behind bars for their arraignment until Monday.

In an order he sent the senior judges of the court system, Justice Grunis wrote there would be no other option but to conduct court deliberations over the holiday.

The national court employees union said it objects to the directive but its members will cooperate with it. 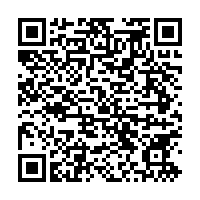