Another Israeli Arab from Nazareth has been arrested on suspicion of joining the Islamic State in Iraq and Syria (ISIS) terror organization.

It was cleared for publication today (Sunday, Feb. 1) that Mahran Yousef Hahkhmei Khalidi, age 20, was arrested three weeks ago in a joint operation by the Shin Bet (Israel Security Agency or ISA) and Israel Police.


Khalidi was not the first to join ISIS from Nazareth, however: attorney Adnan al Adin, self-proclaimed “chief of ISIS in Israel” also was a resident of Nazareth and a public defender for the city until last July. He was fired after posting alleged Qur’anic proclamations and Hadiths against Jews on Facebook, and arrested late last year with the ISIS cell that he led.

Khalidi was indicted today in Nazareth District Court on charges of membership and participation in a banned organization, contact with a foreign agent for the purpose of joining a terror group, taking part in paramilitary training, illegal travel abroad and conducting property transactions with terrorists.

Equally disturbing is the news that Khalidi met at least three other Israeli Arabs in the ISIS training camp where he learned his battle skills. Mohammad Saber Kanana, Marwan Mohammad Kilani and Hamza Magamza – the latter having been arrested on similar charges upon his return to Israel – all learned together with Khalidi in the Yafia ISIS training camp.

Magamza was one of the first young Israelis to join ISIS, but returned to Turkey within two weeks after leaving his hotel with three friends and soon was arrested by local police and returned to Israeli authorities. Deputy Minister Ayoub Kara, who chairs a group monitoring religious extremism, said the group of four appeared to have been “disappointed” with what they found at the ISIS camp, and thus dropped their plans.

Some don’t get the chance to reconsider. One of the youths who ran off to join the ISIS terror group last October ended up fighting in Iraq and never made it back home. Ahmad Habashi’s family, who live near Nazareth, was bewildered, not understanding why their 23-year-old who had everything to live for, had decided instead to throw his life away.

Likewise Alkian Othman a Negev Bedouin medical doctor, working as a resident at Barzilai Medical Center in Ashkelon, suddenly disappeared and ran off to join ISIS last May. Othman had earned his medical degree in Jordan, where apparently he had also been recruited to the terrorist organization as well. A resident of the southern Israeli Bedouin town of Hura, he was slated to begin work in the fall at Be’er Sheva’s Soroka Medical Center, but instead he donated his life to terror and died for jihad.

Khalidi, meanwhile, reached his destination in early October 2014, also via Turkey and an ISIS contact on Facebook, who guided him to the border with Syria and an ISIS escort. He spent three weeks undergoing rigorous physical fitness workouts and learned how to patrol and use weapons before he was placed in a permanent post with other “newbies.”

Khalida wanted to serve in a special ops unit. But ISIS sent him to guard a base in Fallujah, Iraq instead, where he was further trained in advanced weaponry and drafted to active combat. Allegedly the Israeli recruit took part in five battles in Fallujah; he was wounded in a US-led coalition air strike while planting roadside bombs to hold off advancing Shi’ite forces. Fellow terrorists took him to an ISIS-controlled hospital in Fallujah, and three weeks later he was permitted to return to Syria to visit with his family.

It’s not clear when, how or why Khalidi returned to Israel, but upon landing at Ben Gurion International Airport he was greeted by security personnel who immediately took him into custody. Upon his arrest he confessed that it was ISIS material online in the social networking sites he visited, and ISIS-produced videos that had caught his eye and influenced his decision to travel and join the group. 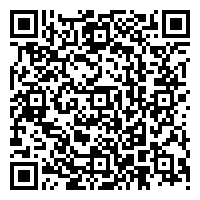