Vermont’s Jewish socialist Sen. Bernie Sanders is closing the gap between him and front-runner Hillary Clinton in Democratic primaries in New Hampshire and Iowa, according to a new poll published by Bloomberg News.

Clinton still holds a huge lead in the two states that are among the first to stage primaries early next year, but she could be in trouble if the her loss in strength is only the beginning of a trend towards Sanders.

Alternatively, Sanders may have gained all the support he can possibly get.

The maverick from Vermont has raised several issues that Clinton has tied to ignore. Sander has clipped six to eight points off the popularity of Clinton, who still has 50 percent support in Iowa and 56 percent in New Hampshire.

Not surprisingly, Sanders fared better than Clinton in the areas of authenticity and a desire to challenge Wall Street.

The race is taking on the appearance of David and Goliath, and right-wing media in the United States have been having a field day revealing new examples that show Clinton as a farce.

“It’s tremendous progress that he is making with voters in the first two states,” Tad Devine, Sanders’ chief political strategist, told Bloomberg. “It’s something we felt on the ground.”

The gender gap is clear, with women supporting Clinton far more than men do, while the opposite is true in the male-female breakdown for support for Sanders.

Clinton remains enormously well-known and well-liked in New Hampshire, a state she won before. She benefits from a gender gap in a primary that will be disproportionately female, and even Sanders’ voters admit Clinton is likely the nominee. As long as Democrats like both candidates simultaneously, Sanders will have an uphill climb.

One of Clinton’s strong points is that she viewed as a stronger candidate to be able to defeat the Republican nominee. 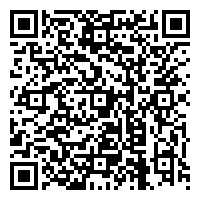