(JNi.media) The Jerusalem District Planning and Construction Committee is expected to approve on Monday the construction of Beit Haliba (Heb: Core House), Army Radio reported. This large visitors center and office building that will be facing the Kotel plaza has been waiting for approval for a long time. The project was ready for a committee vote twice and has been denied approval at the last minute, mainly for political reasons: the Jordanians, whose Waqf agency rules over the Temple Mount, are not happy about any changes to the area.

“Beit Haliba”—a two-story (possibly taller) building on the edge of the Western Wall plaza, is an initiative of the Western Wall Heritage Fund, a governmental organization under the jurisdiction of the Prime Minister’s office. The building’s ground floor will have a 14,634 sq.ft. lobby, three classrooms and an auditorium (155 seats) at a total area of 2,960 sq.ft., a “Hall of the Yearning” where tourists and VIPs will be presented with the history of the Western Wall (1,130 sq.ft.), and systems rooms with an area of 1,023 sq.ft.

The building’s roof will be open to the public as an observation platform, with access from the Jewish Quarter.

Barring surprises, this project, which several government ministries have been yearning for, as well as many on the right (including, reportedly, Elad, an organization dedicated to renewing Jewish life in eastern Jerusalem), is expected to be approved on Monday. Deputy Defense Minister MK Eli Ben-Dahan (Bayit Yehudi) welcomed the expected approval of the plan, saying: “The Jordanians, with all due respect, do not possess the area of the Western Wall plaza. This area belongs to the state of Israel.”

Officially, so does the Temple Mount which is technically only under Jordanian management, not sovereignty, but that’s a hornet’s nest which isn’t up for discussion in this context.

The District Committee received numerous objections to the Beit Haliba plan, as well as a number of alternatives. 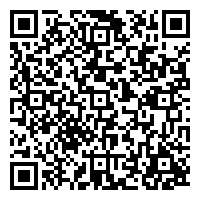