Canadian-born Israeli writer and public speaker Barry Chamish passed away at age 64. He is best known for his conspiracy theory regarding the Yitzhak Rabin assassination, which received a great deal of support at the time, especially on the right. In addition, Chamish wrote extensively on Unidentified Flying Objects, particularly their sightings in Israel in the 1990s. Chamish’s work was featured on four episodes of the NBC-TV program Sightings as well as a half-hour of prime time coverage on FOX-TV. He also won the 1987 Israeli Scrabble Tournament.

His son Ariel posted the following eulogy on Facebook:


“With great sorrow I must announce the untimely passing of my father, journalist and author Barry Chamish, at age 64. It isn’t my habit to expose in public (or in private) heartfelt feelings that aren’t well wrapped and protected in a plethora of metaphors and amorphous images, clearly the result of my complex relationship with my father, whom, regretfully, I haven’t seen for close to nine years.

“Since the day he left I’ve chosen consciously to distance my soul from the fragility of depending emotionally on another person. For years this meant especially my connection to him. I’ve chosen to ignore the complexity of his personality and to justify my own inability to deal with a complex situation using imaginary universal rules that helped me suppress and keep away from the pain involved in the connection to a man I loved. I think both of us were this way, but he at least tried. I, on the other hand, in my selfishness, was looking for the easy way out, lying to myself that the Atlantic ocean is wide enough to keep us apart forever. And, new age cliché that I am, when I finally remembered — it was too late.

“At this moment of temporary weakness I want to thank you for the first time in my life for what I inherited from you, despite the fact that on the face of it I’ve become a man who is different from you: the anti-establishmentarianism and the anarchism, the critical thinking and the ability to express it in writing, the penchant for Rock and Roll and marijuana, an uncompromising faith in your own righteousness, your impressive ability to survive and, above all, the pure innocence that made you believe the world can be improved.

“I’m not really sure how much you believed in metaphysics, but on the outside chance that you believed enough and that your soul is listening somewhere out there, I ask for forgiveness. Forgive me for being too weak to say all these things when I still could. I’m sorry I didn’t try hard enough. I love you and I’m proud of you for your crazy legacy. I forgive you everything.

“Your only son, Ariel Chamish.” 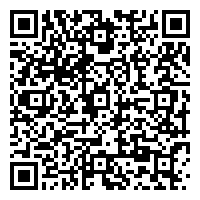