Mumia Abu-Jamal was unanimously convicted of first-degree murder in the shooting death of Philadelphia police officer Daniel Faulkner in 1982, one year after the murder.

Abu-Jamal was originally sentenced to death. His sentence was ultimately vacated and instead became life imprisonment, because of a ruling that the jury had not been properly instructed. Every court that considered his conviction, however, upheld it.


And now Goddard College, in Plainfield, Vermont, has invited Abu-Jamal to give its graduating seniors the commencement speech. As a convicted murderer, Abu-Jamal cannot leave prison to give the speech, but he has pre-recorded it and the speech will be played at the school’s commencement.

This lack of taste, of course, is not unprecedented. In fact, Abu-Jamal has provided pre-recorded commencement speeches twice before.

But the statement of Goddard College’s interim president, Bob Kenny, should be shared by many: it evidences the dramatic shift in educational direction and moral relativism in the United States.

“Choosing Mumia as their commencement speaker, to me, shows how this newest group of Goddard graduates expresses their freedom to engage and think radically and critically in a world that often sets up barriers to do just that,” the interim president of Goddard stated in a press release issued by the school.

On the other hand, Goddard is a school which prides itself on individuality. So much so that there will only be 20 graduating students present to hear Abu-Jamal’s speech for the Oct. 5 graduation. There are 20 commencement exercises each year, in order to allow “students in each degree program to personalize their graduation experience.”

Although the press release states that Abu-Jamal was a 1996 graduate of Goddard College, the convicted murderer has been in prison since 1981.

The school is extremely innovative and progressive, but it does have at least a limited requirement of on-campus learning. In what it calls its “low-residency” program, students can learn at home for most of the semester, but at least one week of each semester they are required to spend on-campus “in intense meetings and seminars.”

Perhaps the school waived one of its few iron-clad rules for Abu-Jamal.

The Insidiousness and Laziness of Guilt by Association 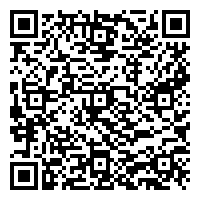