Last night, Sunday, Sept. 7, Palestinian Arabs rioted in several neighborhoods in Jerusalem after a male teen who had been injured in previous rioting died from his injuries.

The worst of the damage occurred in the French Hill neighborhood of Jerusalem, which borders on an Arab neighborhood. The violent crowd smashed the station’s windows by hurling stones and Molotov cocktails, resulting in a fire sweeping through the building. Rioters also made off with merchandise from the store in the gas station.


Had the station’s tanks caught fire, there would have been massive explosions and likely deaths and severe injuries. Instead, at least one family’s livelihood is shattered, and workers at the station are without employment.

Arabs rioting in other Jerusalem neighborhoods also resulted in damage, and several cars and motorists were hit with rocks thrown by the rioters. The Shuafat neighborhood, which has been the scene of rioting and damage to public property all summer, was again the site of rock attacks on the Jerusalem light rail train.

Israeli firefighters battled the gas station blaze and Israeli police officers were deployed to disperse the crowds. Several police cars were damaged by stones and fireworks thrown at them.

Jerusalem Mayor Nir Barkat condemned the riots and called for an “uncompromising and harsh” approach to “rioters who damage property and [public] order.”

The autopsy of 16-year-old Muhammad Abd Al-Majid Sunuqrut is scheduled to be performed on Monday, Sept. 9. The autopsy will take place at the Abu Kabir forensic center under the supervision of Saber al-Aloul, director of the Palestinian Institute for Forensic Science, according to the Ma’an news site.

There is a discrepancy over how the teen was injured, although not where or when. It occurred on Aug. 31, during a riot in the Wadi Joz Arab neighborhood of Jerusalem. Israeli police shot foam-tipped bullets in an effort to disperse the crowd. The youth’s family claims the boy was shot in the head, and that is what led to his injuries. The police claim he was shot in the leg and then fell while running away, and when he fell he hit his head on the pavement.

Following his injury, Sunuqrut was taken to Israel’s Hadassah Medical Center where he underwent emergency surgery. He died there yesterday.

Arson Suspected in Blaze at Bituach Leumi in Eastern Jerusalem 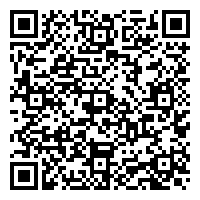