As the popularity of cycling continues to increase across the world, Israel is working to develop cycling trails that make the country’s spectacular desert accessible to cyclists.

This week, the southern segment of the Israel Bike Trail was inaugurated on February 24 and offers for the first time a unique uninterrupted 8-day cycling experience after six years of planning and development.The southern section of the Israel Bike Trail stretches over 300 kilometers in length, divided into eight segments for mountain biking, connecting Mitzpe Ramon to Eilat. The length of the final segment inaugurated this week is 35 kilometers from Khan Be’erot in the heart of the Ramon Crater, to Moa in the Arava. Tourism Minister Dr. Uzi Landau described the new bike trail as a leading destination for cyclists. “The bike trail from Mitzpe Ramon to Eilat offers an experiential attraction to tourists who love sports as well as Israelis who love to tour the country,” he said.


“Similar to countries whose tourism industry is based on its geographical characteristics – the unique desert landscape that covers large parts of Israel allow for its positioning as a leading destination for cyclists, with a comfortable climate year-round and spectacular desert scenery.”

According to the Tourism Ministry, the desert cycling experience is suitable for an intermediate level of difficulty, attracting cyclists from Israel and overseas who are seeking new and varied challenges, especially during the winter season. The ministry believes that the cycling trails that have been developed in the south in particular and throughout the country offer a tourism product that is of particular interest to sports lovers in Europe.

The cycling market bears a resemblance to skiing – with the development of high quality trails, stunning scenery and sites along the trails and comfortable climactic conditions, especially in the desert. The Tourism Ministry and the Israel Nature and Parks Authority are partners in the project, within the framework of the national plan to promote cycling which is being executed by the Israel Government Tourism Corporation, as part of a vision to position Israel as a destination for cycling tourism and to preserve the open spaces. The trail was inaugurated by Director-General of the Tourism Ministry Amir Halevi, Director-General KKL-JNF Meir Spiegler, Israel Nature and Parks Authority Director-General Saul Goldstein, Head of the Mitzpe Ramon regional council Ronnie Marom and Director-General of the Israel Government Tourism Corporation Shai Wiener, together with others from their offices. Some rode part of the trail, others completed it in its entirety. In addition, there are a wide range of overnight accommodation and hospitality options along the trail that have developed, among others, as a result of the project. The Tourism Ministry estimates that the southern segment will serve as an engine for economic growth in the region, as new initiatives open up alongside existing tourism enterprises – offering overnight accommodation, hospitality and logistics for cyclists traveling the trail from Israel and from overseas. The Israel Bike Trail is a national project to establish a mountain-bike trail that runs the full length of the country from the Golan Heights to Eilat. When completed, the trail will run for 1,200 kilometers, span 27 different segments and allow for year-round cycling. The project is part of the government’s program to promote cycling as a sport that was launched with a government decision in 2008 and, within this framework, a five-year plan was prepared by the Tourism Ministry via its executive arm, the Israel Government Tourism Corporation. According to the plan, (apart from the Israeli Bike Trail), infrastructure for many cycling paths have been developed for a total of 3,500 kilometers for amateur cycling, families and extreme cycling. 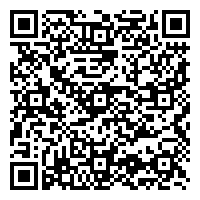