“It’s a hard time to be a Danish Jew whether you’re in Denmark or living outside the country,” said Shimon following the deadly attacks in Copenhagen this past weekend that left Jewish security guard, Dan Uzan dead. “Most people are shocked in the Danish Jewish community. Copenhagen is no longer this isolated paradise – there are real dangers.”

The small Jewish community of Denmark, which numbers around 6,400 people today, was the first Scandinavian country to open its doors to Jews. In 1622, King Christian IV welcomed Spanish and Portuguese Jews from Hamburg and Amsterdam and 62 years later, King Christian V ordained the establishment of a unified Jewish community. During the Holocaust, the Danish resistance movement smuggled 7,220 Jews in fishing boats to the safety of neutral Sweden during the German occupation.


Shimon, who asked his name to be changed, grew up in Copenhagen and made aliyah several years ago to Israel out of what he notes were Zionistic motives and not fear. “I feel Israel is my home; I came here because I chose to do so,” he told Tazpit News Agency.

Since 1948, around 1,500 Danish Jews have made aliyah to Israel according to the World Jewish Congress.

Dan Uzan, the 37-year-old synagogue security guard was fatally shot by suspect Omar El-Hussein, 22, a Muslim extremist, who also killed Danish filmmaker, Finn Nørgaard at a freedom of speech debate held at a café. The two separate attacks left five policemen wounded as well. Danish police have indicated that they do not believe that El Hussein, who holds a criminal record for aggravated assault, received training in jihadist camps in the Middle East.

Uzan was an active member of the local Jewish community and had attended Jewish school in Copenhagen. An economics graduate from the University of Copenhagen, Uzan, was standing guard at a Copenhagen’s largest synagogue because of a Bat Mitzvah celebration taking place on Saturday night, February 14.

“I knew Dan from growing up in the Jewish community. He was always involved with security at Bnei Akiva events and at the synagogue,” recalled Shimon who goes to college in Jerusalem. “He was a huge guy, very strong, with a sense of humor, who always liked to joke. “People felt that if there was someone who could protect them, it was Dan,” Shimon told Tazpit. “Who is going to protect the community now?”

Following the attack on the kosher supermarket in Paris, the Jewish community in Denmark had asked the government to strengthen security at Jewish institutions. Denmark police have begun reevaluating security arrangements according to Denmark’s Chief Rabbi Jair Melchior.

Denmark has tried a soft approach with Jihadist fighters returning home to Denmark from battle in Syria and Iraq. Unlike other European countries which bar or jail returning jihadists, Denmark has not imprisoned any fighters but instead offers free psychological counseling for returnees to help them integrate back into society in cities like Aarhus.

Meanwhile on Sunday, thousands of Danes left flowers by the city’s 180-year-old Great Synagogue in central Copenhagen where Uzan had been killed. “There are questions that still remain,” says Shimon. “Will fear actually play a role in shaping the future of the Jewish community in Denmark?” 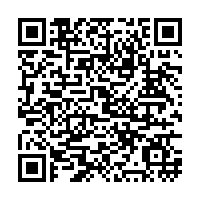