The war between Israel and the Hamas terror organization continues, with no real fluctuation in intensity or change in tactics so far, except for this morning’s failed terror tunnel attack.

More than 132 rockets were fired from Gaza towards Israel over the past 24 hours. At least 82 rockets struck Israel. 33 rockets were intercepted by the Iron Dome missile defense system. The IDF hit 176 terror targets in the Gaza Strip.

Prime Minister Benjamin Netanyahu later met with Foreign Minister Brende in Jerusalem and told him that Israel has proven to the international community that it is ready to consider additional ways apart from expanded military action. However, he noted that since Hamas rejected the Egyptian proposal it would bear the consequences of its decision. Netanyahu added that the international community needs to support the demilitarization of Gaza from rockets and tunnels.

Israel has agreed to a temporary five hour cease fire.

The IDF announced that a result of dialogue between them and the UN, the IDF will enable a humanitarian window in Gaza today between 10:00 and 3:00pm.

During this time, the IDF will hold their fire in Gaza.

This humanitarian window is meant to allow civilians to resupply needed goods. This replenishing of goods is a preparation for the ongoing military campaign. The IDF stressed that the citizens are not to return to their homes in northern Gaza after 15:00, as the IDF still plans to intensify its attacks in that area from where over 30% of the rocket attacks on Israel emanate.

The IDF further warned that should the humanitarian window be exploited by Hamas or other terror organizations for the purpose of launching attacks against Israeli civilian or military targets the IDF will respond firmly and decisively. The IDF shared another important piece of information. Hamas aims for Israel, but its rockets have hit Gaza over 100 times in 9 days. They have further twice hit 2 of the 10 main power lines running from the Israeli power plant to the Gaza Strip, cutting off some 100,000 of their citizens from power.

Since the beginning of Operation ‘Protective Edge’ over 1350 rocket have been launched at Israel. 1027 of those rockets hit Israel. Approximately 265 rockets were intercepted by the Iron Dome missile defense system. The IDF has targeted over 1,872 terror targets, with both naval and aerial capabilities. 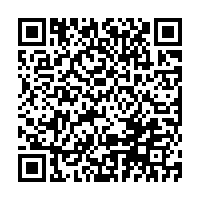