Within minutes after IDF Sgt. Elor Azaria was pronounced guilty of manslaughter in the death of an injured terrorist who had stabbed a fellow soldier, lawmakers were calling on the public to accept the verdict, but also urged President Reuven Rivlin to grant a presidential pardon.

Defense Minister Avigdor Liberman told reporters after the verdict was announced, “This is a difficult ruling.”


But he said, “We have to accept the court’s ruling on Azaria even if we don’t like it.” Sgt. Azaria is the first Israeli soldier in 12 years to be convicted for actions on duty.

Education Minister and Bayit Yehudi party chairman were the first to call for an immediate pardon for the soldier, as did Interior Minister Aryeh Deri, chairman of the Shas party. “The court has done its job,” Deri tweeted. “I respect its verdict. But now the correct thing to do is pardon him. The process of the trial and the suffering of the soldier and his family justify a pardon.”

Likud MK Oren Hazan also called for amnesty for Sgt. Azaria, as did Zionist Union MK Shelly Yachimovich, who said in a statement to media that the court acted professionally and bravely in its conviction but added the guilty verdict would deeply divide the nation.

“Azaria’s narrow shoulders will not be able to withstand the weight of that divide,” she said. For that reason, she said, President Rivlin should consider exercising his privilege to issue a pardon.

Opposition leader Isaac Herzog also added his voice to the chorus, saying in a statement that although the verdict must be respected, “it cannot be ignored that to some degree, Azaria was a victim of the situation. But the ruling strengthens the IDF, since you cannot ignore the circumstances of the incident, which reflect an impossible reality in a field that is complicated, which IDF soldiers deal with daily, hourly.”

“We need to say the truth. The trial was corrupted from the outset. The harsh comments by political leaders even before the opening of the army’s investigation, the removal of the soldier, himself from the investigation process, the critical media coverage surrounding the case caused Elor irreparable harm.

“I expect Defense Minister Yvette (Avigdor) Liberman to keep his many promises and secure an immediate pardon for Elor Azaria, so that he does not have to spend a single day in prison.”

Likud Culture Minister Miri Regev also called for a presidential pardon, saying that she too would seek a discussion with President Rivlin to raise the issue on behalf of Elor Azaria. Regev, a former IDF spokesperson, accused the army of abandoning Azaria and attacked the IDF chief of staff – who rejected a public campaign slogan depicting him as “everyone’s child” – specifically for not backing him up. Regev underlined that in fact, Azaria is not only “everyone’s child,” but in fact is also “everyone’s soldier.”

The soldier has been living on his army base under an “open arrest” arrangement. 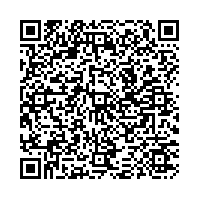