Strong politicians come up with some inspired philosophical statements on their bad nights. I recall the Ed Koch’s famous “Sometimes you eat the bear, sometimes the bear eats you,” possibly after his failed bid to take up residence in the governor’s mansion in Albany, NY. MK Avigdor Lieberman, who many say orchestrated Moshe Leon’s meteoric campaign to unseat incumbent Jerusalem mayor Nir Barkat, equaled the immortal Koch last night, with his own quip: “If you want to win, you need to know how to lose.”

But while Moshe Leon, the accountant who switched his residency from Givatayim in the Tel Aviv area to Jerusalem just under the wire, was expected to lose, his patrons, Israel Beiteinu strong man Lieberman and Shas strong man Aryeh Deri, who labored tirelessly to unseat Mayor Barkat, walked away strong, as their man picked up 45 percent of the votes. The incumbent took 51 percent, but it remains to be seen whether the city council he received from the voter would be governable.


In my humble opinion, the entire Jerusalem campaign was not so much about unseating Barkat—not a realistic goal in anyone’s book—but about offering an alternative on the national level. The pairing to such an extent of Deri and Lieberman in this campaign will not end in this municipality, important though it is. As the Shas leader himself has put it, he is envisioning a coup in the government, involving removing Naftali Bennett’s Jewish Home and substituting it with Shas and the Haredi UTJ. It’s a logical move, especially should the “peace talks” start making their impact and the right wing of Netanyahu’s coalition starts quaking. No matter what one may think about such a move, it cannot be attempted without Avigdor Lieberman’s support.

Aryeh Deri did sustain a painful defeat in the city of El’ad, outside Petach Tikva in central Israel. El’ad has been long synonymous with Sephardi-Haredi politics, and Deri, while knowingly fighting a losing battle that nonetheless had to be waged in Jerusalem, was determined to win in El’ad. The competition was between Deri’s candidate Tzuriel Krispel, and the UTJ, Haredi-Ashkenazi candidate Israel Porush, son of UTJ MK Meir Porush.

Late last night it was reported that Porush has won, and, adding insult to injury, it appears that a full 30 percent of this largely Haredi city Sephardi voters preferred the Ashkenazi candidate over “their own.”

So far, of the three major campaigns Deri has waged this time around, he only won in Beit Shemesh (more on that in a few paragraphs).

Jewish Home did well last night, considering its size and the municipal battles it picked. The party candidates have won three peripheral mayoralties: Alon Davidi is the new mayor of the rocket battered Sderot, Eliyahu (Lello) Zohar will run Kiryat Malachi, and Yair Revivo took the city of Lod.

All three places are heavily Sephardi and working class. In earning the voter’s faith in those three places, Bennett’s people are signaling that the Haredi-Sephardi Shas is no longer the only option for social mobility. And Bennett, as minister of the economy, is in a unique position to make this a stellar success story for his people.

Lieberman: A Pogrom against South Africa’s Jews only a Matter of Time 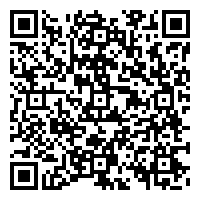