Aryeh Deri is pulling down the curtain on his third-grade political acrobatic stunt and will play the part of the most humble man on the planet Monday when he accepts a rabbi’s order to return to head whatever remains of the Shas Sephardi Haredi party.

Deri quit last month, vowing never to return, after a leaked video showed the party’s founder and spiritual leader, the late Rabbi Ovadia Yosef, praising Deri’s political enemy Eli Yishai and calling Deri “evil” because of the bribery scandal that landed him in the slammer for three years.


Deri performed a splendid act of saying he could not possibly return to the Shas party after a still-unknown instigator exposed the video and supposedly disgraced the holiness of Rabbi Yosef.

It is not clear why so many people think that the video shamed the late rabbi. His image actually should have been considered more holy for his having stated a politician caught for bribery is not exactly the figure who should lead Shas.

The fact that people think the opposite says a lot about the Shas political party, where the sheepish followers of Rabbi Yosef and his family worship and embalm his image,

Deri set the stage for Rabbi Shalom Cohen, head of Shas’ so-called Council of Sages, to order Deri to come back in his black hat on his white horse and head the party.

“You have no permission to leave, I order you to come back and lead the holy movement,” Rabbi Cohen commanded him.

The holy Deri will lead the holy Shas to attract the holy voters to serve in the unholy Knesset where Shas has the holy mission to cut holy deals for its holy institutions.

Deri played out the soap opera of the video leak for every vote he could.

Pre-election polls have shown that Deri will draw around seven seats in the Knesset elections March 17.  Yishai’s new party is teetering on the edge of drawing enough support for the minimum number of votes to enter the Knesset. 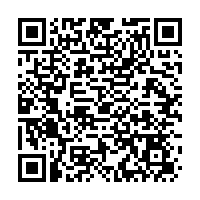