The man who brought peace to Iraq, Afghanistan, Egypt, Libya and Syria (did I forget anything? Yes – Turkey!), our own President Obama, is about to throw his weight into the Israeli-Palestinian negotiations, the NY Times reports this morning.

When he welcomes Netanyahu to the White House on Monday, tye White House leaked to the Times, Obama will press him to embrace the Secretary of State John Kerry framework for a “conclusive round of Israeli-Palestinian peace negotiations,” which is being drafted as we speak. Then, a few weeks later, Obama will meet with PA Chairman Mahmoud Abbas, “to make the same pitch.”

By the end of April, if all goes according to plan, both sides will have a road map (didn’t we already have one of those?). In April the self-imposed 9-month time limit will expire, and in a television-driven political world, a date is a date, ergo the big gun.

“Now is a very timely opportunity for him to get involved,” a senior official told the Times, setting up the newest great expectation in a tone that didn’t convey much conviction: If the two sides agree to the framework, which would set out general terms on issues like Israel’s security and the borders of a future Palestinian state, the negotiations could be extended, with a new target of completing a treaty by the end of 2014.

Of course, should things not work out as expected, we could always come up with new shticks, rename the whole thing, possibly divide the topics of discussion into columns A and B and pick targets Chinese restaurant fashion, slap a new target date on it and go on with the show. The idea is to keep having a peace process—never mind the peace.

If they keep doing this through the 2016 presidential election, there’s a good chance Kerry could still get the Nobel Peace Prize even if he doesn’t get anything accomplished peacewise. After all, Obama got it just for being black and promising – couldn’t Kerry take one for being tall and lanky? Good teeth? No?

It is far from clear, notes the Times, that Mr. Obama can pull off what has so far eluded his secretary of state. Here’s another thing that’s been eluding the Americans – over the past several weeks, the Arabs and the Jews haven’t been meeting face to face. They talk to Kerry and to his special envoy, Martin S. Indyk, and that’s it. It means, “analysts say,” that there’s been no movement on anything.

If you ever sold cars for a living, or watched any sitcom or movie about selling cars, you know that the time to bring in the owner is after it’s been established that the customer really wants the car, he just needs to discuss terms. You bring in the boss, right away he knocks of two grand off the list price, everybody’s smiling – and you close. But to bring the boss in before both sides are buying anything, anything at all, that has desperation written all over it.

Aaron David Miller, a former Middle East negotiator who is a senior fellow at the Woodrow Wilson International Center for Scholars, told the Times that bringing the president in at this stage is admission of defeat on Kerry’s part. “What is it going to take to get to a comprehensive deal if the president has to do heavy lifting?”

It means Kerry has little credibility left with either side. And the Jews hate him for the boycott threats, which he has since been backtracking from so fiercely, you worry he’d hit his head on the end of the pool. 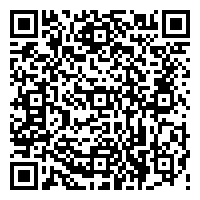