The FBI might have missed some giant-sized red flags on terror in 2012. That was the first time that San Bernardino slaughterer Syed Rizwan Farook teamed up with someone to plan a terrorist attack on a specific target. But nobody ever knew, because the two partners abandoned the plot.

Late Tuesday, Attorney-General Loretta Lynch announced information-sharing pacts with nearly 50 countries around the globe late Tuesday in another effort to poke a finger in the dike and at least slow the flood of terror attacks. In some quarters, however, analysts are wondering if that response by the Obama administration is not a case of “too little, too late.”


About the same time, new information emerged that Farook had teamed up with a male partner in 2012. Although the identity of the second individual was not released, news analysts across America were asking: How did these two slip under the radar?

The pair “got spooked” after a rash of terror-related arrests in their area and so did not carry out the planned attack. Two officials told CNN, however, that they had already settled on a specific target, according to the report.

He and his wife, Fasheen Malik, were photographed upon their arrival at Chicago’s O’Hare International Airport in July 2014, both appearing as fundamentalist Muslims.

Apparently it is unclear about where Malik lived prior to her immigration to the United States, but there seems to be no disagreement about the fact that she arrived on the strength of a fiancee visa.

A prior report by CNN clearly stated that Malik lived with her family in Saudi Arabia prior her trip to the United States, but now all mention of any connection with that nation has now been completely eliminated from the account. Instead, CNN reports that Malik lived in “the home owned by her father” in Multan, about 220 miles southwest of Lahore, Pakistan, until spring 2014, “around the time she got married and moved to the United States on a fiance visa.”

Except that doesn’t quite work out. Malik and her husband did not arrive in the United States until July 27, 2014. We don’t really find out when in “spring 2014” she left Pakistan nor where she went until arriving in the U.S. in late July.

How odd that all mention of Saudi Arabia somehow has mysteriously disappeared from the text. So have a few other salient facts.

Malik reportedly failed to appear for the personal interview at the U.S. Consulate required in order to obtain that visa, and the necessary documents that should have been filed were allegedly missing as well. Those facts, too, are no longer mentioned in current reporting on this very important issue.

Instead, the network has begun to focus its coverage on government efforts to “tighten the visa waiver program” and “tighten visa entry requirements.”

Neither measure, however, remedy a no-show for a personal interview, missing documents and what might have been a greased palm or an “understanding” staff member — or both — at a U.S. Consulate, albeit unknown to his or her superiors.

And there is more.

Just days before the massacre in San Bernardino, $28,500 was deposited into Farook’s bank account, a loan he received in November, according to numerous law enforcement officials. About half of that money went to Farook’s mother, with whom the couple’s baby was left on their final day alive, when they attacked and killed his co-workers at a holiday office party. The other half was spent on household items.

None appears to have been provided by any outside entity, according to one of the law enforcement officials who spoke to CNN. But one expert said the loan indicated preparation for an attack. 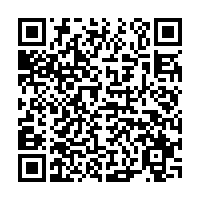