Ties between Israel and Germany are strong, according to diplomatic sources in Jerusalaem.

The comment comes in response to a report in Der Spiegel that Germany is increasingly frustrated with the policies of Prime Minister Benjamin Netanyahu.


The magazine wrote a piece claiming that Berlin was upset over an article in Israel HaYom that discussed bilateral relations and the two-state solution.

Ties are quite strong, however, and the source speculated the piece in Der Spiegel may have been linked to internal political dealings within Germany. 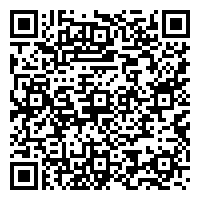