Last summer, Jerrold Nadler was New York City’s only Jewish Democratic House Member who supported President Obama’s Iran nuclear deal, a point which was not lost on his opponent in last June’s primaries. Oliver Rosenberg, a Yeshiva University graduate and an orthodox Jew, argued that the Iran vote showed Nadler as being out of touch with his voters. Nadler, 69, won his primary election in a landslide, with Obama’s endorsement. But neither his crucial vote on the deal nor his firm hold on his own district have earned Nadler the respect of the Democratic National Committee staffers, the same folks who conspired with ousted DNC chairwoman Debbie Wasserman Schultz against candidate Bernie Sanders.

It all had to do with Congressman Nadler’s girth. In 2002 and 2003, Nadler underwent laparoscopic duodenal switch surgery, which helped him lose more than 100 pounds. But over the years all the weight came back, as often happens, unfortunately, with extreme diets and other dramatic measures. Now the NY Post has discovered among the thousands of DNC emails released by WikiLeaks last month an exchange that referred to Nadler in terms that might change his vote should another Iran deal come around.


It began with a mid-May request from Nadler’s office to attend an Obama fundraiser on June 8 at the home of Kenneth Lerer, the former chairman and co-founder of The Huffington Post, Managing Director of Lerer Hippeau Ventures, and Chairman of Betaworks and BuzzFeed. Lerer lives on the Upper West Side of Manhattan, which means he might be a constituent of Nadler’s, whose district stretches from the Upper West Side down through Hell’s Kitchen, Chelsea, SoHo, Greenwich Village, TriBeCa, the Financial District and Battery Park City, and over to Brooklyn, where it includes parts of Borough Park, Kensington, Red Hook, Sunset Park, Bensonhurst, Dyker Heights and Gravesend.

“Do you really want Nadler there?” then DNC national finance director Jordan Kaplan asked the White House in the exposed email.

Presidential aide Bobby Schmuck wrote back that President Obama wanted Nadler to attend the fundraiser, but without a guest. He emailed: “No +1.”

At which point DNC staffer Zachary Allen mocked Nadler’s weight problem. Here’s the May 18 email exchange, courtesy of Wikileaks via the NY Post:

Allen: Homeboy is NOT little.

Kaplan: I thought he got his tummy tucked.

Allen: He did, but like [Gov. Chris] Christie it all came back.

One day later, Zach emailed Kaplan about Nadler: “He was petitioning on my corner the other day and I thanked him for supporting the Iran deal and he bear hugged me. I kinda love him.”

And another day later (sifting through Wikileaks emails is like eating peanuts, you just can’t stop) Zach emailed Jordan Kaplan—who has since stepped down, mired in the Wasserman Schultz scandal: “Are we back to the point where I can say I love you? Because I’d like to.”

And Kaplan emailed back: “I love you too. No homo. Phew.”

So now when they ask you if you think the DNC (and the White House) is being run by children, you can answer with certainty, well, maybe not children, but teenagers, for sure. But no homo. Phew. 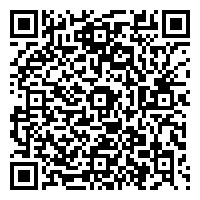