An Arab terrorist fired 3 shots at guards near the Natuf quarry around 6PM, between Nili and Ofrim. The terrorist escaped in his car into the nearby village of Shukba. The IDF and trackers are searching for him.

No one was injured in that attack.


In a separate incident which occurred at around noon on Saturday, a suspiciously acting 60-year-old Arab woman approached guards from the Ministry of Defense near the Chashmonaim crossing (Na’alin checkpoint). The guards thinking she was going to try to stab them, ordered her to stop and fired warning shots into the air. The woman passed out.

She was treated on the spot, and it was determined that she was not going to commit a terror attack. 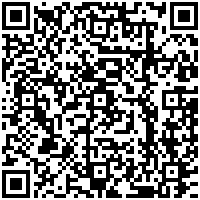