The first person to die in Operation Protective Edge was a civilian, not a soldier, and gave up his life to distribute food to those fighting for others.

The family has asked that his name not be released, even though it was already widely publicized.


The man, a 37-year-old resident of Beit Aryeh, and was handing out food to soldiers at an IDF base near the Erez crossing with Gaza when Hamas terrorists launched a mortar attack.

The man, who has also volunteered for Chabad in his community, was caught in the shelling and didn’t make it to shelter in time. His body was riddled with shrapnel; he was pronounced dead at Barzilai Hospital in nearby Ashkelon.

A second man, age 44, was also wounded in the attack. He too was distributing food at the time but had not yet left the car when the shelling began. Hospital officials told an interviewer on Israeli Army Radio that he suffered shrapnel wounds to the face but was listed in good condition.

More than 100 rockets, missiles and mortar shells were fired at Israel from Gaza by 9pm on Tuesday alone. At least four exploded in residential areas and 10 others were intercepted by the Iron Dome anti-missile defense system. 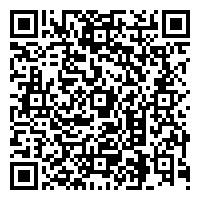