SodaStream, which claims it is the leading global manufacturer and distributor of Sparkling Water Makers, has announced the release of its new home beer system, the Beer Bar. If you own SodaStream stock, you’ll probably want to ride them for a while: SodaStream International Ltd. SODA, -0.43% shares surged 10.1% after the release of the home brewing system. SodaStream shares are down 7.9% for the past year, but up 19.7% for the year to date. The S&P 500 is up 2.7% for the year so far. So if you wait it looks like it’ll be soaring from this point on.

The brand concept is about making quality home-crafted beer using sparkling water and a unique beer concentrate brewed to perfection. They unveiled Beer Bar with a light beer they call Blondie, with “a smooth authentic taste, and a hop filled aroma.” The Beer Bar enables consumers to concoct crafted beer in seconds by adding Blondie concentrate to Sparkling Water. Blondie contains 4.5% alcohol by volume, which the manufacturer says is the average level found in most global beer brands. A one liter Blondie bottle yields approximately three liters of beer.


And that is a reason for concern, according to Men’s Journal, which called the SodaStream release “Today’s Beer Atrocity.” They argue that “SodaStream didn’t consider is the science of bubbles in beer. Since the concentrate comes uncarbonated, once you open the bottle of Blondie, there’s no CO2 to push away oxygen that will spoil the brew — assuming you don’t make all three liters of the diluted beer at once. A growler (beer bottle) of ale or lager that’s been opened only tastes fresh for up to a week, and that’s with the benefit of carbonation. So once you open the Blondie, you better drink it fast.”

Daniel Birnbaum, Chief Executive Officer of SodaStream, who brought the company up from $20 million to $500 million annually in a few short years, is not bothered by the critics. “We are excited to launch a brand dedicated to serving the global growing trend of home crafted beer,” he says. “Our core carbonation technology and distribution infrastructure provide a great platform for us to extend our business into this emerging category, and we choose to do so with a dedicated beer brand.”

We still think you shouldn’t let it stand in the fridge once you opened it, because in a few days you might find it had gone flat. 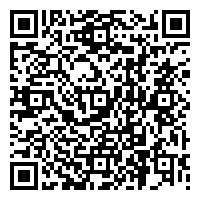