Sweden’s government officially recognized the so-called “State of Palestine” – which does not yet really exist – on Thursday at the swearing-in ceremony for newly-elected Prime Minister Stefan Lofven, according to TIME Magazine.

The Palestinian Authority is obligated under the internationally-recognized Oslo Accords to negotiate its final status with the State of Israel before any “State of Palestine” can ever be achieved.


Numerous legal experts have noted repeatedly that in taking its case unilaterally on behalf of the PA to individual nations and the General Assembly of the United Nations, the Palestine Liberation Organization (PLO) has deliberately evaded its responsibility to reach a peaceful and equitable agreement with Israel and has violated international law.

None of which seems to have troubled Sweden’s new prime minister.

“The past year, we’ve seen how the peace negotiations once again have halted, how decisions on new settlements on occupied Palestinian land have obstructed a two-state solution and how violence has returned to Gaza.”

Sweden’s government expressed the hope that recognition would support “moderate” forces among Arabs in the Palestinian Authority, make future negotiations more equal and bring hope to younger people there for a peaceful solution to the conflict.

Spokespersons for the governments of Denmark and Norway both told media earlier this week that neither nation would recognize the PA as a sovereign nation until a “mutual” agreement with Israel has been reached. 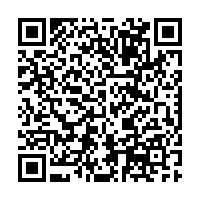