Israelis across the country on Sunday were told to “get out” of wherever they were by local security personnel as part of a national earthquake preparedness exercise.

In the Southern District Court in Be’er Sheva, security personnel herded people waiting to see clerks, judges and other personnel on various floors from the central area on to the stairwells.


“First of all, I hope there will not be an earthquake in 2017,” said Prime Minister Benjamin Netanyahu during his opening remarks to the weekly cabinet meeting. “There are enough earthquakes around us in all senses of the word – but we live adjacent to the Syrian-African rift, and an earthquake can hit at any moment. They already have and they undoubtedly will.

“The more prepared we are, the better we will be able to deal with such an incident and thus reduce harm to life and property… to summarize the approach in the case of an earthquake, in contrast to other scenarios that threaten the home front, the basic rule is: Get out of the houses, get out of the buildings.

“The safest place is open space.” 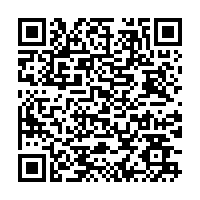