Egypt is blocking the entry of all Palestinian Authority Arabs from Gaza since the Ramallah-based government withdrew its personnel from the Rafah crossing earlier this week.

Cairo has allowed the crossing to open only to Palestinian Authority citizens returning to Gaza following the withdrawal of PA personnel, according to Reuters.


Egypt’s restriction showed its “disappointment at the faltering of the 2017 reconciliation agreement” between Hamas and the Palestinian Authority, according to a PA official with close Egyptian contacts.

Gaza’s ruling Hamas terror group sent its own officers to take the place of Fatah workers.

The Palestinian Authority announced the withdrawal on Sunday. The Ramallah government accused Hamas of undermining its operations and detaining some of its workers, according to Reuters. 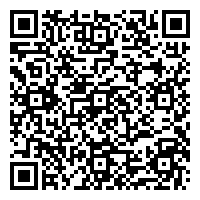