The explosions took place in the northern district of the capital city during the morning rush hour.

In one instance, a person was reportedly carrying a homemade bomb to a station, according to an interior ministry official who spoke with a privately owned television channel quoted by Ha’aretz.

Much of the violence in Egypt – and terrorism in the Sinai Peninsula — over the past year has been caused by radical Islamist protesters angry over the ousting of Muslim Brotherhood-backed former President Mohammed Morsi.

The former president was forced out of office a year ago by newly-elected President Abdel Fattah el-Sisi, who at that time served as the army’s field marshal and the government’s defense minister.

El-Sisi acted to depose Morsi after a year of constant street violence and a groundswell of protests that resulted in a petition bearing more than one million signatures demanding Morsi’s resignation prior to his ouster. 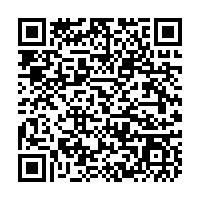