Al Ahram reports that a source close to Egyptian President Mohamed Morsi said that the Egyptian Army informed Morsi at 7 pm on Wednesday, that he is no longer the president of Egypt.

The Egyptian Army is carrying out a “full military coup” and the army has placed a travel ban on the country’s embattled President Mohamed Morsi, officials told the AP.


The coup came at the end of the 48 hours Egypt’s army gave Morsi to respond to the demands of protesters who have filled the country’s streets in recent days.

The streets of Cairo were jammed again on Wednesday, with competing pro- and anti-Morsi rallies.

In a statement posted on the Egyptian Presidency Facebook page, Essam El-Haddad, Egypt’s national security adviser called the on-going situation “a full military coup,” and warned that it will only lead to more violence.

“Today only one thing matters. In this day and age no military coup can succeed in the face of sizeable popular force without considerable bloodshed. Who among you is ready to shoulder that blame?” he wrote.

Gen. Abdul Fattah Al-Sisi said the military was fulfilling its “historic responsibility” by ousting Morsi, who was elected only a year ago. Morsi failed to meet the people’s expectations, most notably on economic issues, and the crowds took him down. Now these same crowds erupted victoriously as the announcement was made.

Ahead of the statement, troops moved into key positions around the capital and surrounded a demonstration by Morsi’s supporters in a Cairo suburb. Citing an unnamed presidential source, the state-run newspaper Al-Ahram reported that “the General Command of the Armed Forces told President Morsi around 7 PM (1 PM) that he is no longer a president for the republic.”

Morsi offered to form an interim coalition government “that would manage the upcoming parliamentary electoral process, and the formation of an independent committee for constitutional amendments to submit to the upcoming parliament,” he said in a posting on his Facebook page. He noted that hundreds of thousands of supporters and protesters had packed plazas around the country, and he urged that his countrymen be allowed to express their opinions through the ballot box.

But as night fell Wednesday, troops surrounded a pro-Morsi demonstration at a Cairo mosque and took control of a key bridge across the Nile River. Gehad El-Haddad, a spokesman for the Muslim Brotherhood, reported via Twitter that tanks were on the streets. 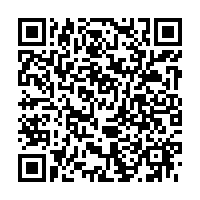