The Abdeen Court of Urgent Matters in Cairo, Egypt, stated on Monday that it has no legal authority to consider a lawsuit demanding the designation of Israel as a ‘terrorist state’ Egyptian media reported.


The decision come after an NGO called the Nedal Center for Human Rights and Freedoms (NCHRF) filed the case against the President, the Foreign Minister, and the Minster of Defense to issue a decree labelling Israel a ‘terrorist state’.

“Israel is an icon of terror in the region. This view does not need endorsement by an Egyptian court or anyone else to state it as a fact,” the Hamas terrorist organization said on Tuesday according to Turkish media.

“Israel’s crimes are committed before all media outlets and before the entire world,” they claimed.

The case also called for banning the sale of French satire magazine Charlie Hebdo and the Liberation newspaper in Egypt over “blasphemy against Prophet Mohamed.” 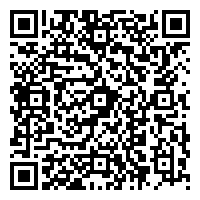