Defense Minister Ehud Barak told reporters in Tel Aviv this morning: “I decided to retire from politics and not to run in the coming elections.” Barak added: “I joined the army in 1959, and for 47 years served the people of Israel as best I could. I will finish the job when the next government takes office and will spend more time with my family. I got all I could out of my engagement in politics, which was never an object of desire for me, and I feel that new people should be encouraged to take up senior positions. Turnover in positions of power is a good thing.”

As poll after poll has been showing that Barak’s Knesset list Atzmaut (Independence) was in danger of not making it past the blocking percentage, there were speculations in political circles that Barak would try and get himself into a secure position on the list of one of the major political parties. But as most Likud ministers declared their open aversion to his inclusion on their list, and as Labor, which he deserted to join the Likud government, was in no mood to take him back, Barak’s future was becoming murkier and murkier over the summer and into the political autumn.


That’s when Defense Minister Barak began a campaign that was intended to distinguish between himself and Prime Minister Benjamin Netanyahu, a campaign that reached full throttle over the PM’s open conflict with the White House over attacking Iran. After appearing to be of one mind with Netanyahu on the urgent need to stop the Iranian nuclear program, Barak distanced himself from that view and sounded more like the Pentagon officials he had been debating a short while before.

As other parties were organizing for the coming elections, it seemed that Barak was courting all of them, with the possible exception of the National Religious party and the Ethiopians. Labor’s Ofer Eini, the landless Tzipi Livni, the Likud’s Prince Hamlet Moshe Kahlon, nouveau-Golda-Meir Shelly Yachimovich, and even Czar Liberman, all spent some face time with Barak these past couple of months, and all, apparently, rejected his advances.

Barak’s decision will be accepted with a deep sigh of relief by folks who live in Judea and Samaria, who were subject to the Defense Minister’s unyielding attempts to chip away at Jewish settlements, including many cases in which his nod would have meant the difference between Jewish families being evicted from their homes or being allowed to continue living in homes they had purchased legally.

Barak has also been a bulwark against Netanyahu’s adopting the Levi committee’s recommendations which came down to applying Israeli law in places where Israelis live in Judea and Samaria.

In Hebron, in Migron and in many other Jewish towns and villages, Ehud Barak will not be missed. But Netanyahu’s choice for Barak’s replacement at the ministry of defense should signal what kind of policy the next government will pursue regarding the “disputed territories.” 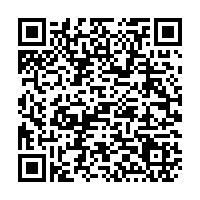