Barring Divine Intervention, the Knesset will vote to dissolve itself but not forever, and new elections likely will be held in mid-March, perhaps the week after Purim.

Elections are exactly what no one in the country wants, except for a few sadists who pose as politicians.


It will cost the country about $500 million, and it will leave Israel without a budget just when there is little shine left on the image of the once-fabulous Israeli economy that has weakened under the weight of government-sanctioned monopolies that extort the public for obscene profits, and under the burden of eternal security unrest, whether it come from Gaza, Syria, Ramallah or Washington.

As The Jewish Press reported here earlier today, Prime Minister Binyamin Netanyahu told Yair Lapid, one of his alleged partners, to stop rocking the boat or get off.

Lapid, head of the Yesh Atid party and who was Israel’s glamour boy two years ago when his new party grabbed 19 seats in the Knesset, took the first raft he could find and jumped ship.

With an ego bigger than the size of the fat lady in the circus, Lapid could not possibly accept Netanyahu’s terms to stay in the government.

For his part, the Prime Minister’s ultimatums were a public political flogging of Lapid.

Elections cannot be held until90 days after the end of a government, according to the law that ensures that every Israeli citizen suffer the maximum punishment and still survive.

The projected timeline for new elections is a vote on Wednesday to dissolve the Knesset, with the final decision and date being set next week, revolving around the Jewish holidays. Before then, President Reuven Rivlin will go through the motions to offer someone else a chance to form a make-believe government.

The most likely date for elections is the week after Purim. The second possibility and a lot less likely one is mid-April, when Israel returns to normal after Passover and is involved with Yom HaShoah (Holocaust Memorial Day) and Yom Ha’Atzmaut.

Lapid and Netanyahu’s lieutenants in the Likud party already are throwing around enough dirt to cover the entire Knesset, which sometimes sounds like a good idea.

Lapid accused Netanyahu of making deals with the Haredi parties to enlist their support by bribing them with money for yeshivas and easing conditions of the universal draft, as demanded by Aryeh Deri, chairman of the Shas Sephardi Haredi party.

Lapid’s big-ticket populist banner has been the “Zero VAT” panacea that is supposed to make housing affordable for the middle class by eliminating the 18 percent Value Added Tax on the purchase of new homes.

Netanyahu obviously took this into account and figures that Lapid is going to use Zero VAT to try to con the voters into backing him.

If Lapid thinks he can fool all of the people all of the time, the con game would work, but Israeli voters are not as stupid as their leaders. The whole Zero VAT scheme is has so many conditions and so many limitations that it would help no more than a few thousand families.

Lapid knows his popularity in the polls is almost as low as the ethics of certain Knesset Members, as far-fetched as that seems. He is counting on the Israel’s anti-Netanyahu media, with the exception of Sheldon Adelson’s Israel HaYom, to lead his campaign.

Ditto for the pathetic and hapless Tzipi Livni, an intelligent woman who took the wrong turn when she entered politics. Her party of six MKs is another alleged partner in the coalition, in which she has spent most of her time kissing U.S. Secretary of State John Kerry’s pinky for the Peace Process.

She spent Tuesday by calling the Netanyahu government, of which she has been a partner, “paranoid and extremist,” and she said she is different from the government because she is a “Zionist,” about as nasty remark as possible, even for an Israeli politician. 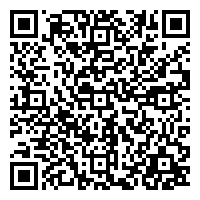