Israel Railways has received its first electric train, and will operate it on the new Jerusalem-Tel Aviv line which is under construction but has been delayed and now is scheduled to open in 2018.

The electric trains will also operate on the line between Akko, north of Haifa, and Carmiel, east of Mediterranean Coast.


Israel Railways has ordered from Bombardier 72 trains, which meet European fire standards and will allow speeds of up to 100 miles an hour.

Each electric train will carry six cars and can seat 750 passengers, Globes reported. 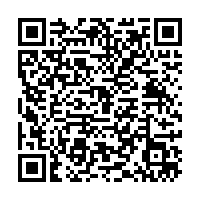