I know it’s the Internet, so people tend to assume they already know what I’ve written, and form an opinion regardless of what’s actually in the text. So for you—and you know who you are—let me state emphatically that the purpose of this article is not to stifle debate, or opposition, or protest, or criticism of Jewish settlements, but to discourage joining with enemies of Jews to boycott Jews wherever they are. Got it? Not stifling debate – stifling open acts of economic warfare against your own people with whom you disagree.

In her insightful and honest piece in the Forward this week, Confessions of a Disengaged Young Jew – How Birthright and Hillel Turned Me Off to Israel, Elissa Strauss is offering crucial evidence to the fact that the final smelting of the Jewish nation from all the riffraff that have attached themselves to it since the exodus is well on its way.

The people of Israel traveled from Raamses to Sukkot, some six hundred thousand men on foot, not counting children. And the riffraff also went up with them, as well as livestock in large numbers, both flocks and herds. (Ex. 12:37-38)

The Exodus was a cleansing moment in human history, and, obviously, in Jewish history. The Midrash tells us that a full 80 percent of the Israelites were not redeemed from Egypt, because they did not slaughter the Pascal lamb and did not smear their doorposts with its blood.

So, only 20 percent of the Israelites dared embark on the road to liberation with Moses. But they didn’t leave alone. Rashi tells us that the Erev Rav were a mix of nations of converts who were swept by the rush of the Hebrew slaves to freedom.

Rashi also offers a telling commentary on Exodus 32:7, right after the orgiastic gold calf episode: God said to Moshe, “Go down! Hurry! Your people, whom you brought up from the land of Egypt, have become corrupt!” Rashi notes that the verse doesn’t say “the people” but “your people,” meaning the riffraff whom you accepted on your own, and converted them without asking me, because you said it would be a good thing for them to come close to the Divine Emanation – and they are corrupt and corrupted others.

Those two key phenomena have never ceased to be an essential part of our history. Every century or so, wherever we are, we lose about 80 percent of our people for a variety of reasons, some historical, some emotional, some economical. And throughout our existence, until the arrival of the redeemer, we will have in our midst the riffraff.

Referring to the Pew Research Center study on American Jewry, Elissa Strauss notes that more and more young American Jews “are moving in my direction, distancing themselves from Israel altogether. This isn’t so much about Zionism versus anti-Zionism as it is about not bothering at all.”

That’s the first Jewish phenomenon: as the American diaspora matures, having had a century or so of prosperity, its staggering, original high number of 6 million is plummeting rapidly to about one fifth of that. The combination of simple assimilation and mixed marriages, with the outright canonization of intermarriage by some movements, have been slicing American Jewry into roughly 20 percent observant, meaning concerned about their Jewish extended family and nation, and 80 percent everything else.

Elissa Strauss, though, also represents the other phenomenon as well. “I just couldn’t juggle the experience of Tel Aviv’s lively beaches, the serene intensity of Friday evenings at the Kotel, and the sadness and shame I feel when I hear about life in Gaza and the West Bank.” 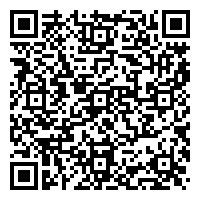