Contrary to earlier media reports, no synagogue was set afire in the Old City of Jerusalem this weekend.

However, on Friday night arsonists did indeed set afire a door leading to a new Jewish apartment compound in the Muslim Quarter of the Old City.

Residents of the complex, located near the Lion’s Gate, moved in about six months ago, according to a report posted on the Hebrew-language 0404 site.

“This is not the first time that Arabs have damaged the door leading from the street to the compound,” according to the report. “Last time, the Arabs put mattresses on the door and set them afire.”

Nevertheless, a resident quoted by the site wanted to make sure the record was set straight, saying no synagogue was set afire.

“This is the Muslim Quarter… there’s a street and then entrances to the apartments. We’re already accustomed to the harassment and crimes being perpetrated against us, and unfortunately this is a place where police are hesitant to enter.” 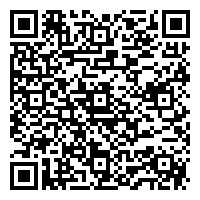