Eric Trump, son of President Trump said that his sister Ivanka probably had influence on their father’s decision to launch the strike Syria following Assad’s gas attack, in an interview in the Telegraph.

“Ivanka is a mother of three kids and she has influence. I’m sure she said: ‘Listen, this is horrible stuff,’” Eric Trump told the Telegraph.

“My father will act in times like that. And by the way, he was anti doing anything with Syria two years ago. Then a leader gasses their own people, women and children. At some point America is the global leader and the world’s superpower has to come forward and act and they did with a lot of support of our allies and I think that’s a great thing.”

Ivanka had tweeted how disturbed she was by the images coming out of Syria.

Heartbroken and outraged by the images coming out of Syria following the atrocious chemical attack yesterday.

Following the attack, Ivanka tweeted that she was proud of her father’s decision.

The times we are living in call for difficult decisions – Proud of my father for refusing to accept these horrendous crimes against humanity https://t.co/yV0oJuC9dE 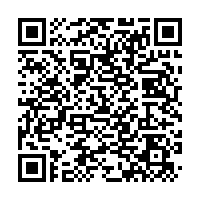