The EU’s coordinator for combating anti-Semitism, Katharina von Schnurbein, this week told the Knesset Committee for Immigration, Absorption and Diaspora Affairs about the European Union’s efforts to combat anti-Semitism. “The goal of all this activity is that Jews will be able to live in Europe without fear,” she said. “The fact that we have reached a situation whereby Jews send their children to schools behind barbed wire fences or send them to public schools without knowing whether they will be exposed to incitement there – this situation is unacceptable. The fact that we see security guards outside synagogues – and we have grown used to this – this is also unacceptable. But it doesn’t end there. There are security guards outside government buildings. The security situation is no longer limited to Jewish communities. We are convinced that it is the responsibility of society as a whole to combat anti-Semitism.”

Von Schnurbein said the general increase in anti-Semitic incidents throughout Europe and the “atmosphere of hatred,” particularly online, are very worrying. She said that since her appointment in December, the EU’s activity against anti-Semitism has included dialogue with the major Internet companies — Facebook, Google, Twitter and Microsoft — which brought about the formation of the Code of Conduct. Under the code, the online giants pledged to fund organizations that would help them monitor the situation and train people who will report any inciting content online.


Committee Chairman MK Avraham Neguise (Likud) thanked von Schnurbein for the Code of Conduct legislation, which he said would allow social media companies to “remove hate speech inciting to violence within 24 hours,” which is “a correct and important step, the fruits of which I hope we will see immediately.”

Neguise told the meeting, which was also attended by EU Ambassador to Israel Lars Faaborg-Andersen, of a survey conducted ahead of the meeting among rabbis and Jewish community leaders in Europe. The survey, commissioned by the European Jewish Association and the Rabbinical Center of Europe, indicates that anti-Semitism is intensifying in Western European countries, but pointed out that the involvement of Muslim refugees in anti-Semitic incidents is marginal. The same survey showed that the number of anti-Semitic incidents in Eastern Europe is decreasing.

“We are currently monitoring the process to see if there really is a change. We want to see a real change on the ground,” von Schnurbein said. “Today, only 13 of the 28 member states properly apply the [Code of Conduct] law . . . We are pressuring them to implement it.”

Rabbi Aryeh Goldberg of the Rabbinical Center of Europe said, “You cannot on the one hand constantly try to undermine the foundations of Judaism – be it brit milah (male circumcision ritual) or kosher shechitah (slaughtering of animals for food in accordance with Jewish law) – and on the other hand talk all the time about wanting to eradicate anti-Semitism.”

Yogev Karasenty, the Diaspora Affairs Ministry’s Director for Combating Anti-Semitism, said “It is not at all certain that the legislation trickles down to the ground level. There are Internet companies which declare a policy [of removing inciting content] but do not implement it.”

Yaakov Haguel, head of the World Zionist Organization’s Department for Countering Anti-Semitism, mentioned an EU survey conducted a few years ago which revealed that 74% of the victims of anti-Semitic attacks do not report them to the authorities. This indicates, he said, that the number of anti-Semitic incidents in Europe is significantly higher than what the official figures show.

Addressing von Schnurbein and Faaborg-Andersen, Haguel said, “These Jews are your citizens, they are European citizens, proud citizens who want to live in Europe, who want to raise their children in Europe, who pay taxes. Before legislation and enforcement and education – what kind of atmosphere is being created for your citizens there? For us, the Jewish people, it is very concerning, but you, who represent the sovereign governments of each country, are responsible for the Jewish citizens, just as you are responsible for all the other citizens.”

NGO Monitor President Gerald M. Steinberg spoke of the “new anti-Semitism” and said the rise in the number of anti-Semitic incidents and terror attacks against Jews and Jewish institutions “is directly linked to the incitement we hear about every day in Europe and the world. It is obvious that phrases such as ‘war crimes,’ ‘genocide,’ ‘violation of international law,’ ‘ethnic cleansing’ and ‘apartheid’ — which are said repeatedly in reference to Israel — feed this anti-Semitism.”

Ido Daniel, Program Director at Israeli Students Combating Anti-Semitism, mentioned that in 2014 the organization filed some 14,000 complaints with new media companies regarding anti-Semitic content online, and in 2015 the number of complaints to Twitter, Google, Facebook and Instagram rose to about 29,000. The trend is continuing in 2016, and the organization expects to file over 30,000 complaints by the end of the year, he told the committee.

“The social networks allow many people to disseminate inciting messages which are then translated into physical acts against Jews,” said Daniel, who noted that Jewish students from Brussels told him that they conceal their real last names on Facebook to avoid receiving hateful and insulting messages.

MK Aliza Lavie (Yesh Atid) said, “History has already shown us what happens when displays of hatred and violence are not dealt with. There is terror all over the world now, and the social networks serve as a [broad platform] for this activity. This is not only Israel’s — it is the problem of entire world. Terror strikes in Brussels, Paris, Turkey and the United States. It’s a global problem.”

Rut Zach of the Foreign Ministry’s Department for Combating Antisemitism said that since von Schnurbein’s appointment “we can see concrete action against anti-Semitism in Europe,” adding that the left in Europe must take the lead on this issue. “The left is supposed to protect human rights,” she said.

Carol Nuriel, Acting Director of ADL’s Israel office, presented the findings of a poll showing that one in every three Europeans holds anti-Semitic opinions. Another survey conducted by ADL after the terror attacks at the offices of the satirical weekly French newspaper Charlie Hebdo, the kosher supermarket Hypercacher and the Jewish Museum in Brussels indicated a 10-20% decrease in anti-Semitism in France, Germany and Belgium.

“The awareness of the danger of violence against Jews created a sort of solidarity with the Jewish communities, and it is very important to preserve this solidarity,” Nuriel stressed. “Another conclusion is that when elected officials act – and we all remember French Prime Minister Manuel Valls’s historic speech – there are results on the ground.”

Ambassador Faaborg-Andersen said, “We are all in agreement about the urgency of the battle against anti-Semitism, which is a despicable phenomenon. The EU is committed 100 percent to this fight.”

Chairman Neguise concluded the meeting by saying that the committee calls on the EU to act against anti-Semitism through legislation and education. He also urged the organizations combating the phenomenon to work together. 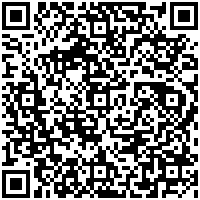